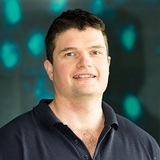 Andrew Zalesky is Associate Professor and National Health and Medical Research Council (NHMRC) Senior Research Fellow at the University of Melbourne. He holds a joint appointment between Engineering and Medicine.

Dr Zalesky has published over 170 peer-reviewed papers. He is identified in the 2018 Highly Cited Researchers list from Clarivate Analytics. This distinction ranks him in the top-1% of researchers worldwide in his field according to citations. He is the only person under the age of 40 across Engineering and Medicine to currently hold this distinction.

Contributions: Dr Zalesky is internationally recognized for his work in network neuroscience, particularly in its application to neuropsychiatry. He developed the network-based statistic, a tool that is widely used to localize brain network pathology. His tool has been used in hundreds of published research studies. Dr Zalesky co-authored the award-winning textbook Fundamentals of Brain Network Analysis and co-founded the Australian Connectomics School.

Research group: Dr Zalesky leads an interdisciplinary group of engineers and psychiatrists, who study brain networks in people with mental disorders and apply the knowledge gained from these basic studies to engineer improved therapies. His group provides a unique cross-faculty research capability across Psychiatry and Engineering, which has led to cross-faculty research linkages, joint student supervision and funding support. The group has expertise in human neuroimaging, network neuroscience, bioinformatics and neural stimulation technologies, particularly in their application to the study and treatment of depression, obsessive-compulsive disorder and schizophrenia.

B iography: Dr Zalesky received his PhD in 2006 from the Department of Electrical and Electronic Engineering at the University of Melbourne for research on mathematical modeling of all-optical telecommunication networks. After completing postdoctoral research in Hong Kong, he returned to Australia in 2007 and began applying his expertise in engineered networks to investigate brain networks in neuropsychiatric disorders. He identified novel links between disease progression in brain networks and cascading failures in engineered networks, which led to the development of innovative and widely used tools for brain network analysis. He has been with the Department of Psychiatry since 2007 and commenced a joint appointment with the Department of Biomedical Engineering at its inception in 2015.

Towards deep learning for connectome mapping: A block decomposition framework

Structural connectivity in adolescent synthetic cannabinoid users with and without ADHD

Schizophrenia: Mapping how the brain changes

A neuroimaging biomarker for striatal dysfunction in schizophrenia

Displaying the 19 most recent projects by Andrew Zalesky.

The Complement Cascade, Cortical Thinning And The Development Of Psychosis

Schizophrenia is a complex disorder with devastating consequences to those that experience it. Despite over a century of research we are sti..

Patients with schizophrenia differ widely in their symptoms, long-term outcome and response to medication. However, most patients are treate..

Novel Methods To Study Structural-Functional Connectivity In The Brain

Obsessive-Compulsive Disorder (OCD) affects more than 230,000 Australians, 25% of whom attempt suicide. This project will use a novel method..

Patients with schizophrenia differ widely in their symptoms, long-term outcome and response to medication. However, most patients are treate..

Novel Methods To Study Structural-Functional Connectivity In The Brain

Transcranial magnetic stimulation (TMS) has been touted as a viable treatment for a range of psychiatric and neurological disorders. However..

Resilient Brain Networks In Patients With Schizophrenia And Their Unaffected Siblings

An individual’s risk for schizophrenia is usually evaluated in terms of their familial, environmental and neurobiological risk factors. Our ..

Tools For Analysing Brain Imaging Data In Health And Disease

This research will develop cutting-edge computational tools and statistical methods to analyse, model and visualise the way in which the hum..

Tools For Analysing Brain Imaging Data In Health And Disease

This research will develop cutting-edge computational tools and statistical methods to analyse, model and visualise the way in which the hum..

Schizophrenia is a debilitating mental disorder characterized by psychotic experiences and emotional and cognitive difficulties. This projec..

Charting Connectivity In The Healthy And Diseased Brain

Australia's endemic mental health burden is predicted to escalate as its population ages. This project will: (1) endow medicine with a diagn..

One in five Australians will experience a mental illness. This project will facilitate a new method for: (1) brain researchers to advance th..

Charting Connectivity In The Healthy And Diseased Brain

Displaying the 193 most recent scholarly works by Andrew Zalesky.

Towards deep learning for connectome mapping: A block decomposition framework

We propose a new framework to map structural connectomes using deep learning and diffusion MRI. We show that our framework not onl..

Structural connectivity in adolescent synthetic cannabinoid users with and without ADHD

Synthetic cannabinoids (SC) have become increasingly popular in the last few years, especially among adolescents. Given ADHD is ov..

A neuroimaging biomarker for striatal dysfunction in schizophrenia

OBJECTIVE: Sleep problems is the most common side effect of methylphenidate (MPH) treatment in ADHD youth and carry potential to n..

The Impact of Childhood Adversity on Cognitive Development in Schizophrenia

Childhood adversity, such as physical, sexual, and verbal abuse, as well as neglect and family conflict, is a risk factor for schi..

Structural connectivity and weight loss in children with obesity: a study of the "connectobese"

A cautionary note on the use of SIFT in pathological connectomes

Journal article  |  2019  |  Proceedings of the National Academy of Sciences

Free-Water Imaging in White and Gray Matter in Parkinson's Disease

Connectivity shapes cortical thickness reductions in schizophrenia: ‘Regions that link together, thin together’

The neurobiology of major depressive disorder (MDD) remains incompletely understood, and many individuals fail to respond to stand..

BACKGROUND: In schizophrenia, relative stability in the magnitude of cognitive deficits across age and illness duration is inconsi..

BACKGROUND: The insular cortex is connected to a diverse network of cortical and subcortical areas. This study aimed to investigat..

Building connectomes using diffusion MRI: why, how and but

The impact of fasting on resting state brain networks in mice

Investigation of peripheral complement factors across stages of psychosis

Journal article  |  2019  |  Proceedings of the National Academy of Sciences

Brain network disintegration as a final common pathway for delirium: a systematic review and qualitative meta-analysis

Delirium is an acute neuropsychiatric syndrome characterized by altered levels of attention and awareness with cognitive deficits...

Stroke is characterized by delays in the resting-state hemodynamic response, resulting in synchronization lag in neural activity b..

Reducing the influence of intramodular connectivity in participation coefficient

Both natural and engineered networks are often modular. Whether a network node interacts with only nodes from its own module or no..

Journal article  |  2018  |  Proceedings of the National Academy of Sciences

Transcranial magnetic stimulation (TMS) is a noninvasive brain stimulation technique that allows for modulating the activity of lo..

Fragility and volatility of structural hubs in the human connectome

Journal article  |  2018  |  Proceedings of the National Academy of Sciences

Estimating the impact of structural directionality: How reliable are undirected connectomes?

Criticality in the brain: A synthesis of neurobiology, models and cognition

Functional architecture of the human brain

PET imaging of putative microglial activation in individuals at ultra-high risk for psychosis, recently diagnosed and chronically ill with schizophrenia

Accelerated Gray and White Matter Deterioration With Age in Schizophrenia

Opportunities and Challenges for Psychiatry in the Connectomic Era

Most major psychiatric disorders arise from disturbances of anatomically distributed neural systems rather than isolated dysfuncti..

Connectome sensitivity or specificity: which is more important?

Introduction to the Issue on Advanced Signal Processing for Brain Networks

An Investigation of Brain Structural Abnormalities in Neurocognitive Subgroups of Schizophrenia

A Fornito, A Zalesky, ET Bullmore

Fundamentals of Human Imaging Connectomics is the first book to provide an accessible, practical, and comprehensive introduction t..

Towards a statistical test for functional connectivity dynamics

The connectomics of brain disorders

The impact of premorbid and current intellect in schizophrenia: cognitive, symptom, and functional outcomes

Disruption of structure-function coupling in the schizophrenia connectome

Graph analysis of the human connectome: Promise, progress, and pitfalls

Dynamic cooperation and competition between brain systems during cognitive control

Effect of long-term cannabis use on axonal fibre connectivity

How can connectomics advance our knowledge of psychiatric disorders?

On the use of correlation as a measure of network connectivity

White-matter abnormalities in adolescents with long-term inhalant and cannabis use: a diffusion magnetic resonance imaging study

Whole-brain anatomical networks: Does the choice of nodes matter?

A State-Dependent Approximation for the Generalized Engset Model

Towards a Bufferless Optical Internet

A DTI-Derived Measure of Cortico-Cortical Connectivity

To Burst or Circuit Switch?

On generalizations of the Engset model

Effect of traffic shifts on the economics of telecommunication competition

Effect of Traffic Shifts on the Economics of Telecommunication Competition

Displaying the 3 most recent news articles by Andrew Zalesky.

Schizophrenia: Mapping how the brain changes

Like sightseeing in Paris – a new model for brain communication