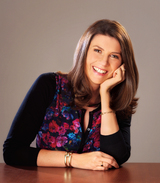 She also holds a position on the Science Board of The University of California, Berkeley’s Greater Good Science Center. Professor Waters has published over 100 peer reviewed scientific publications and has been awarded academic prizes for research excellence by the American Academy of Management and Australian and New Zealand Academy of Management. Professor Waters is committed to spreading the science of positive psychology as widely as possible and has been regularly featured on TV and radio, including Morning Dose (The CW, USA), Revolution School (ABC, Australia), Matter of Fact (ABC, Australia), Destination Happiness (Channel Nine, Australia), Today Extra (Channel Nine, Australia), National Nightly News (Channel Ten, Australia), The Project (TV3, New Zealand), The Café (NZTV, New Zealand), Breakfast (NZTV, New Zealand). Lea is also frequently featured in print media, including The Wall Street Journal, TIME Magazine, The Washington Post, The Atlantic, The Globe, and The Guardian.Her book, 'The Strength Switch' was the top release on Amazon in the parenting category and was listed in Top reads for 2017 by Berkeley University’s Greater Good Science Centre. It is being translated into Chinese, Japanese, Korean, Taiwanese, Hungarian, Arabic, Spanish, French and Russian.In 2015, Professor Waters was listed as one of Australia’s Top 100 Women of Influence by the Financial Review and Westpac bank. Lea is Immediate Past President of the International Positive Psychology Association (IPPA) (2017-2019) and was the Chair of the 6th World Congress on Positive Psychology. She is currently a Board member of IPPA, the Patron for Flourishing Education Japan and the Ambassador for Positive Education Schools Association Australia.

Focusing on kindness, not consumption, this Christmas

The hope circuit: a psychologist's journey from helplessness to optimism

Why don’t Australian school kids feel a sense of belonging?

Displaying the 4 most recent projects by Lea Waters.

Displaying the 104 most recent scholarly works by Lea Waters.

The focus of this study was on adolescent mental health. More specifically, the relationship between strength-based parenting (SBP..

The hope circuit: a psychologist's journey from helplessness to optimism

Does Strength-Based Parenting Predict Academic Achievement? The Mediating Effects of Perseverance and Engagement

Strength-based parenting (SBP) is a style of parenting characterized by knowledge and encouragement of a child’s unique personalit..

Belonging has been described as the need for positive regard from others, affiliation motivation, and desire for relatedness. Frie..

What Schools Need to Know About Fostering School Belonging: a Meta-analysis

Why Do You Work with Struggling Students? Teacher Perceptions of Meaningful Work in Trauma-Impacted Classrooms

Research into human flourishing has the potential to shift population well-being and influence the lives of many. Unfortunately, t..

For some students, school is not just a place of learning and growth but also a refuge from abuse. Data suggest that, on average, ..

Strengths and Subjective Wellbeing in Adolescence: Strength-Based Parenting and the Moderating Effect of Mindset

Recent research suggests that strength-based parenting—the tendency for parents to see and encourage children to use their strengt..

The literature reveals that an individual's sense of belonging is an important psychological construct with formative implications..

The Mediating Effect of Self-Efficacy in the Connections between Strength-Based Parenting, Happiness and Psychological Distress in Teens.

Unlock your children''s potential by helping them build their strengths. This game-changing book shows us the extraordinary result..

Strength based parenting: A new avenue of practise and research in positive psychology

The Role and Reprocessing of Attitudes in Fostering Employee Work Happiness: An Intervention Study

Positive psychologists have emphasized the importance of cultivating positive subjective experiences and traits in young since the..

Gratitude or Gratefulness? A Conceptual Review and Proposal of the System of Appreciative Functioning

School Belonging: A Review of the History, Current Trends, and Future Directions

Psychological capital as a team phenomenon: Mediating the relationship between learning climate and outcomes at the individual and team levels

Schools will always be focused on academic learning, but research suggests it is time to make wellbeing a regular part of teaching

Mindfulness-Based Approaches For Young People With Autism Spectrum Disorder And Their Caregivers: Do These Approaches Hold Benefits For Teachers?

Why Giving is Good for the Soul

The evidence is strong: helping others can actually boost your own wellbeing.

The Relationship between Child Stress, Child Mindfulness and Parent Mindfulness

Positive Instruction in Music Studios: Introducing a New Model for Teaching Studio Music in Schools Based upon Positive Psychology

A Longitudinal Examination of the Association Between Psychological Capital, Perception of Organizational Virtues and Work Happiness in School Staff

A multidimensional approach to measuring well-being in students: Application of the PERMA framework

Contemplative Education: A Systematic, Evidence-Based Review of the effect of Meditation Interventions in Schools

A case study of 'The Good School:' Examples of the use of Peterson's strengths-based approach with students

Tracing the size, reach, impact and breadth of positive psychology

Strengths-Based Approaches in the Classroom and Staffroom

Protean career orientation: a review of existing and emerging research

Teaching With Strengths in Trauma-Affected Students: A New Approach to Healing and Growth in the Classroom

Finding Meaning During the Retirement Process

Social Media Use and Social Connectedness in Adolescents: The Positives and the Potential Pitfalls

Protean career attitudes during unemployment and reemployment: A longitudinal perspective

Tracing the size, reach, impact, and breadth of positive psychology

A Review of the Latent and Manifest Benefits (LAMB) Scale

Finding similarities and points of connection between Positive Psychology and Christianity

Towards the Creation of a Positive Institution

The aim of this paper is to review school-based interventions that have been designed to foster student wellbeing and academic per..

Mentor-protege perceptions of values similarity: the role of values congruency on mentoring functions

The role of protean career attitude during unemployment and re-employment: a literature review and conceptual model

Evaluating work for the dole in Austratia: Do women get a fair go?

Protege-mentor agreement about the provision of psychosocial support: The mentoring relationship, personality, and workload

Protégé-mentor agreement about the provision of psychosocial support: The mentoring relationship, personality, and workload

Employee involvement. Does being a union member make a difference?

Money or time? Comparing the effects of time structure and financial deprivation on the psychological distress of unemployed adults

Work for the Dole: A pathway to self-esteem and employment commitment, or the road to frustration?

Self-esteem, appraisal and coping: a comparison of unemployed and re-employed people

Coping with economic deprivation during unemployment

The role of formal mentoring in a business start-up program

The impact of 'Work for the Dole' on psychological health and work involvement: A qualitative study

Coping with unemployment: A literature review and presentation of a new model

Posttraumatic growth during unemployment: A qualitative examination of distress and positive transformation

Displaying the 11 most recent news articles by Lea Waters.

Focusing on kindness, not consumption, this Christmas

Why don’t Australian school kids feel a sense of belonging?

The value of strength-based parenting

Why giving is good for the soul

Easing your child’s back to school worries

Smiles all round: why sharing happy news is good for you and everyone you know

Imagine if we taught stillness in classrooms

Why meditation should be taught in schools

Faculty of Economics and Commerce, The University of Melbourne
2005

Faculty of Economics and Commerce, The University of Melbourne
2004

Awarded 'Management Educator of the Year'

Faculty of Economics and Commerce, The University of Melbourne
2004

Faculty of Economics and Commerce, The University of Melbourne
2001

Faculty of Economics and Commerce, The University of Melbourne
2000

Faculty of Economics and Commerce, The University of Melbourne
2000

Best Paper based on a dissertation

Faculty of Economics and Commerce, The University of Melbourne
1999