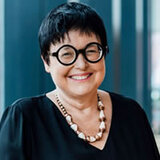 Pip Nicholson is Dean of Melbourne Law School. She previously served as Director of the Asian Law Centre and the Centre's Associate Director (Vietnam) and Director of the Comparative Legal Studies Program.

Pip has degrees in Arts, Law and Public Policy from the University of Melbourne and the Australian National University.

Post-Conflict Rule Of Law: The Local Experience In Timor Leste

Displaying the 6 most recent projects by Pip Nicholson.

Post-Conflict Rule Of Law: The Local Experience In Timor Leste

Displaying the 48 most recent scholarly works by Pip Nicholson.

A fresh perspective on socialist law as practiced in China and Vietnam, two major socialist states.

Since China's reform and opening up started in 1978 and Vietnam's Doi moi reforms were initiated in 1986, these two East Asian eco..

Independence, impartiality and integrity of the judiciary in Vietnam

Based on Chinese constitutional analysis, political science, and law and society studies, we argue that work extending the applica..

The Vietnamese Courts and Reform Dynamics

Renovating courts: the role of courts in contemporary Vietnam

Inflationary Trends in Law and Development

Local Accounts of Rule of Law Aid: Implications for Donors

Taking the interpretation of legal transfers seriously: The challenge for law and development

Legitimacy and the Vietnamese Economic Court

Study of the methods, procedures and criteria for the dissemination of court judgments - Supreme People's Court of Vietnam

Performance in Law School: What matters in the beginning?

Vietnamese Law: A Guide to Sources and Commentary

The Vietnamese judiciary: The politics of appointment and promotion

Vietnam's labour market: Transition and the role of law

The Vietnamese Courts and Corruption.

Judicial Independence and the Rule of Law: The Vietnam Court Experience.

Book Review: The High Court at the Cross Roads

Displaying the most recent news article by Pip Nicholson.

Medal for the Cause of Justice