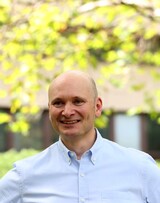 Tim Lynch is Associate Professor in American Politics and the Associate Dean (International) in the Faculty of Arts at the University of Melbourne. His latest book, In the Shadow of the Cold War: American Foreign Policy from George Bush Sr. to Donald Trump (Cambridge, 2020), has been called ‘a cogent, graceful, provocative account’ of its subject.

His other books include Turf War: the Clinton Administration and Northern Ireland (Ashgate, 2004) and US Foreign Policy and Democracy Promotion (Routledge, 2013). His co-authored book, After Bush: the Case for Continuity in American Foreign Policy (Cambridge, 2008), won the Richard Neustadt Book Prize and became a best-selling international security text. He is editor of the two-volume Oxford Encyclopedia of American Military and Diplomatic History (2013). His articles have appeared in the British Journal of Politics and IR, International Affairs, and International Politics. He has contributed many chapters to edited volumes. His op-eds have appeared in the Age, the Australian, the Guardian, the Herald Sun, the Sydney Morning Herald, and the Wall Street Journal. His articles in The Conversation have had over 250k hits. A graduate of the Oxford Strategic Leadership Program, Tim was Director of the Graduate School of Humanities and Social Sciences (2013-17), overseeing the largest expansion of graduate enrolments in the Faculty’s history. He is creator and convener of the sell-out 10 Great Books Melbourne Masterclass. In 2019, he was chair of the political science discipline, one of the nation’s largest. A Fulbright scholar, he holds a PhD in political science from Boston College, USA. He is a citizen of Australia and Great Britain.

In the Shadow of the Cold War: American Foreign Policy from George Bush Sr. to Donald Trump

US foreign policy and democracy promotion: From theodore Roosevelt to Barack Obama

The tectonics of the British election

After Bush: The Case for Continuity in American Foreign Policy

8 reasons why impeaching Donald Trump is a big risk for the Democrats. (And 3 reasons why ..

Displaying the 24 most recent scholarly works by Timothy Lynch.

In the Shadow of the Cold War: American Foreign Policy from George Bush Sr. to Donald Trump

This book offers a bold reinterpretation of the prevailing narrative that U.S. foreign policy after the Cold War was a failure. In..

Bill Clinton came to the presidency during the first moments of the post-Cold War era, when the United States and the internationa..

Northern Ireland Peace Process, US diplomacy in the

US foreign policy and democracy promotion: From theodore Roosevelt to Barack Obama

Obama and the third Bush term: towards a typology of Obama studies

Academics vs. Bush: The War on Error

Beyond Bush: A new era in US foreign policy? Introduction

Kristol Balls: Neoconservative Visions of Islam and the Middle East

After Bush: The Case for Continuity in American Foreign Policy

Displaying the 29 most recent news articles by Timothy Lynch.

The tectonics of the British election

The US midterms show the power of Trump's divisive messages

With Cohen and Manafort both guilty, the pressure on Trump is rising

What comes after America’s withdrawal from the Iran nuclear deal?

President Trump: 10 reasons not to be afraid

How the unfit triumphed over the uninspiring

Debate trilogy: From the mad to the bad to the crazy

Trump, Clinton and the politics of 9/11

Why democracy is the unspoken issue in America's TPP agenda

If we can't fight Islamic State, what can we fight?

Does Ukraine herald the return of great power war?

Is a government that can shut down preferable to one that can't?

Where is the Australian Obama?

Obama, Syria and the continuity of US foreign policy

Trayvon Martin and the battle of racial narratives

The gender wars: Thatcher and Gillard as 'women'

The death of Margaret Thatcher, and the legacy of 'Thatcherism'

Richard E. Neustadt Prize for the best book on US government and politics by a British-based scholar published in 2008 for After Bush