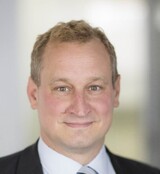 He is the author of the panel data package for Stata called “PanelWhiz” (http://www.panelwhiz.eu) which supports data retrievals from panel datasets such as the Australian HILDA, LSIC, LSAC, MABEL; the British BHPS, UKUS, ELSA; the American HRS, CPS, PSID; the South African NIDS and the German SOEP.

The Importance of Economic Expectations for Retirement Entry

Displaying the 4 most recent projects by John P de New.

This project aims to identify policies in which the fostering of non-cognitive skills (NCS) can break the persistence of economic disadvanta..

This project examines the importance of economic expectations on the future state of the economy in decision making. It focuses on large lif..

The Importance of Economic Expectations for Retirement Entry

This paper estimates the effect of income uncertainty on assets held in accounts and cash, and finds substantial empirical evidenc..

Unawareness and selective disclosure: The effect of school quality information on property prices

People with disability face considerable difficulty participating fully in work and the wider community, due in part to poor schoo..

Cream skimming and hospital transfers in a mixed public-private system

Panel Whiz and the Australian Longitudinal Data Infrastructure in Economics

Heresy or enlightenment? The well-being age U-shape effect is flat

This study focuses on the long term effects of unemployment on subjective wellbeing in a family context for 17-24 year old sons li..

Happiness adaptation to income and to status in an individual panel

SOCIAL DEPRIVATION OF IMMIGRANTS IN GERMANY

You're Fired! The Causal Negative Effect of Entry Unemployment on Life Satisfaction

The Changing Digital Divide in Germany

Landing on all fours? Communist elites in post-Soviet Russia

Employer learning and the returns to schooling

Education as a keystone of integration of immigrants: Determinants of school attainment of immigrant children in West Germany

Conference Proceedings  |  1998  |  IMMIGRATION, CITIZENSHIP, AND THE WELFARE STATE IN GERMANY AND THE UNITED STATES, PT A