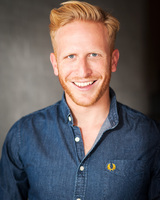 Dr Bumpus is a climate change solutions expert. Since 2002, he has worked in environmental communications, and the role of technology in climate change and sustainable development.

Currently he is Senior Research Fellow at the School of Geography, Faculty of Science, with an ARC Fellowship on how incubators and accelerators are helping create clean energy entrepreneurs in Australia, the US and the EU. He is also a winner of Top 5 Under 40 Science Communicators at the Australian Broadcasting Corporation, and is a 2016 ABC Scientist in Residence.

In 2001, he completed a B.Sc. (honours) in Ecology (First Class, 1:1) at the University of East Anglia, UK, and in 2004 obtained a Master of Arts in Environment, Politics and Globalization (Pass with Distinction) at the University of London, King's College. In 2009 Adam was awarded a degree as Doctor of Philosophy (D.Phil.) from the Environmental Change Institute, School of Geography and the Environment, at Oxford University. His DPhil was in Geography and the Environment: Carbon Markets and International Development. Both his masters and DPhil theses focused on the governance of carbon offsets and the use of carbon finance for community development and poverty alleviation in Latin America.

From 2009 to 2011 he was a Research Fellow at the Center for Social Innovation and Impact Investing at the Sauder School of Business, University of British Columbia, Canada. He has also been a Visiting Scholar at the University of California, Berkeley (UCB), and Santa Cruz (UCSC), the Liu Institute for Global Affairs (UBC), the University of Sussex, and, in 2015, at Stanford University.

In addition to his work Adam is a keen skier and surfer, and loves select music from classic 70s rock to electronica.

Sea the possibilities: to fight climate change, put seaweed in the mix

Perceptions of adaptation, resilience and climate knowledge in the Pacific: The cases of S..

Displaying the 7 most recent projects by Adam Bumpus.

Australia seeks to reduce its greenhouse gas emissions while also creating a strong innovation and knowledge economy. As yet, it is not know..

Australia seeks to reduce its greenhouse gas emissions while also creating a strong innovation and knowledge economy. As yet, it is not know..

Analysing They Business Models Of Organisations Involved In Creating Social And Economic Value In The Philippines, Indonesia And Australia

Carbon Clusters: A Comparative Analysis Of Low Carbon Business And Social Innovation In The San Francisco Bay Area And Melbourne

The Carbon Governance 2050 Project:Scaling Up Innovation And Linking Asia-Pacific Economies For A Low Emissions Future

Displaying the 26 most recent scholarly works by Adam Bumpus.

Perceptions of adaptation, resilience and climate knowledge in the Pacific: The cases of Samoa, Fiji and Vanuatu

Cultures of Carbon and the Logic of Care: The Possibilities for Carbon Enrichment and Its Cultural Signature

Journal article  |  2017  |  Annals of the American Association of Geographers

Climate change and the associated need to decarbonize pose not just risks to cultures but potential opportunities for cultural exp..

The Global Political Ecology of the Clean Development Mechanism

The Matter of Carbon: Understanding the Materiality of tCO2e in Carbon Offsets

Win-win scenarios at the climate-development interface: Challenges and opportunities for stove replacement programs through carbon finance

The Matter of Carbon: Understanding the Materiality of tCO(2)e in Carbon Offsets

How can the current CDM deliver sustainable development?

Theorizing the carbon economy: introduction to the special issue

Accumulation by decarbonization and the governance of carbon offsets

Displaying the 4 most recent news articles by Adam Bumpus.

Sea the possibilities: to fight climate change, put seaweed in the mix

Budget brief: what's in the budget on climate change and renewables?

University of Melbourne Faculty, Melbourne School of Land and Environment
2009

FPICS - Fellow of the Pacific Institute for Climate Solutions

FESRC - Fellow of the Economic and Social Research Council

Doctor of Philosophy Geography and Environment

Master of Arts Environment and Politics