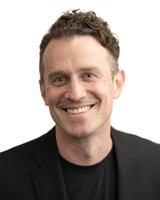 Associate Professor Thomas Oxley MBBS BMedSc FRACP PhD is a vascular and interventional neurologist and world expert in endovascular bionics. He is founding CEO of Synchron, Inc; Instructor, Attending, and Director of Innovation Strategy in the Department of Neurosurgery, Mount Sinai Hospital; and Laboratory Head of the Vascular Bionics Laboratory, University of Melbourne, Australia.Dr Oxley has performed over 1400 endovascular neurosurgical procedures at Mount Sinai Hospital, including cerebral angiography, aneurysm coiling and clot retrievals in acute stroke.

He completed both internal medicine and neurology residency in 2013 at the Royal Melbourne and Alfred Hospitals, Melbourne, Australia. In 2015 he competed a stroke fellowship at the Royal Melbourne Hospital, and was an investigator in the EXTEND-IA trial that demonstrated the paradigm-shifting efficacy of mechanical thrombectomy in the treatment of stroke and published in the New England Journal of Medicine. Dr Oxley completed his PhD in neural engineering in 2016 at the University of Melbourne. Since commencing his PhD he raised $12 million dollars in funding from US and Australian governments, forming a lab for the development of a novel stent electrode (stentrode) neural interface. This included substantial funding from the US defense organization DARPA. In February 2016 the breakout scientific report of the technology was published in Nature Biotechnology (IF 41). A subsequent paper was recently published in Nature Biomedical Engineering demonstrating the feasibility of endovascular brain stimulation. His research laboratory at the University of Melbourne currently includes three post-docs and two research engineers. He has supervised 3 PhD students and 20 honors students. The lab collaborates across 16 departments including medicine, neurology, neurosurgery, engineering, physics and pathology. Dr Oxley has published 60 internationally peer reviewed articles that have accumulated 3478 citations, with 13 as first or last author and with an H Index of 11. Since 2012 Dr Oxley has founded three companies and raised a total of $7.5M in private capital investment. He is the founding CEO of Synchron. Based in Silicon Valley, Synchron is an innovative medical device company focused on the development of minimally invasive neural interface technology and is developing the world’s first endovascular electrode array, the StentrodeTM. The company is working towards a first-in-human clinical trial of a pioneering minimally invasive brain-computer interface Stentrode technology for the direct thought-control of operating systems and a suite of assistive technology applications for patients with paralysis. The Stentrode technology has achieved widespread international media attention including an endorsement by the President of The United States, Barack Obama and being invited to conduct a TEDx talk. He is also the founder of VascuLab: Australia’s first dedicated education and research angiography suite, and premier preclinical research facility for which he secured $3M in capital financing.In 2018 Dr Oxley received the Advance Global Australia Award in Life Sciences, the UNESCO Netexplo award for Innovation, and the Congress of Neurological Surgeons 2018 Innovator of the Year.

At the forefront of the robotic revolution

Next-Gen technologies: All in our minds

Displaying the 26 most recent projects by Thomas Oxley.

Neural deficits such as Parkinson’s disease can be helped by electrically stimulating the brain to activate neurons. Current implants requir..

Stentrode With Thought Controlled Digital Switch: A First In Human Early Feasibility Study Of The Stentrode In Participants With Loss Of Motor Function Due To Paralysis

The stentrode is an implanted endovascular stent recording electrode that records brain signals from the motor cortex. Through the use of co..

This research will restore mobility to patients who suffer from paralysis. We aim to create a device, known as a brain-machine interface, wh..

The stentrode technology has been given significant public attention, following publication in the fourth highest impact factor journal 'Nat..

Minifab Contribution: Prototyping And Manufacturing Of A Novel Implantable Connector For A Neural Interface

Displaying the 59 most recent scholarly works by Thomas Oxley.

Stimulation of deep cortical structures has been demonstrated to provide symptomatic alleviation to people with depression, Parkin..

Endovascular devices like the Stentrode™ provide a minimally invasive approach to brain-machine-interfaces that mitigates safety c..

Meeting the evolving demands of neurointervention: Implementation and utilization of nurse practitioners

Closed-Loop Neuromodulation: Listen to the Body

Imaging features and safety and efficacy of endovascular stroke treatment: a meta-analysis of individual patient-level data

Electrical stimulation of neural tissue and recording of neural activity are the bases of emerging prostheses and treatments for s..

Effect of general anaesthesia on functional outcome in patients with anterior circulation ischaemic stroke having endovascular thrombectomy versus standard care: a meta-analysis of individual patient data

The bumper technique for advancing a large profile microcatheter.

Operators commonly encounter difficulty maneuvering a microcatheter beyond the distal lip of wide neck aneurysms and aneurysms in ..

The ovine motor cortex: A review of functional mapping and cytoarchitecture

New techniques and technologies in the management of ischemic stroke INTRODUCTION

Safety, immediate and mid-term results of the newer generation of hydrogel coils in the treatment of ruptured aneurysms: a multicenter study

The bumper technique for advancing a large profile microcatheter.

Operators commonly encounter difficulty maneuvering a microcatheter beyond the distal lip of wide neck aneurysms and aneurysms in ..

Flow diversion (FD) is a treatment option for recurrent aneurysms including following stent-assisted coiling (SAC), although this ..

Unique Extrancranial-to-Intracranial Neovascularization Found on Diagnostic Angiography Prior to Skull Base Atypical Grade 2 Meningioma Resection: A Case Report and Hypothesis

The evolution of endovascular electroencephalography: historical perspective and future applications

Reperfusion and clinical outcome in the EXTEND-IA randomized trial

© 2015 IEEE. Directional tuning is the tendency for cortical neurons to exhibit a peak firing rate when a limb is moved in a prefe..

Antiplatelet resistance is emerging as a significant factor in effective secondary stroke prevention. Prevalence of aspirin and cl..

A TMS study of abnormal plasticity in schizophrenia

Displaying the 3 most recent news articles by Thomas Oxley.

At the forefront of the robotic revolution

Next-Gen technologies: All in our minds

Moving with the power of thought

Society for Vascular and Interventional Neurology