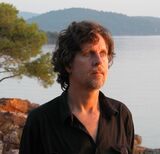 Prior to joining the University of Melbourne in 1999 he was with the Australian Housing and Urban Research Institute (AHURI). From 2001 to 2006 he headed up the Faculty of Architecture Building and Planning's Landscape Architecture programs, where he currently teaches design studio, theory and research methods, including Studio 5: Sustainable Urbanism. He also regularly leads postgraduate multidisciplinary traveling design studios, including past studios to Chile (2009, 2011, 2018), Spain (2013) and Thailand (2000). In addition, he has supervised PhD students undertaking research into a wide range of topic areas, from public perceptions of various landscape setting types (e.g. wetlands, botanical gardens, post natural disaster environments, urban parks), children’s contact with natural environments in urban settings and associated health benefits, climate change mitigation, eco-tourism and other topics.Professor Green is the author of Coastal Towns in Transition: Local Perceptions of Landscape Change (Springer: 2010) and co-author of Planning Housing and Infrastructure for Smart Villages (Routledge: 2019); Towards Low Carbon Cities in China: Urban Form and Greenhouse Gas Emissions (Routledge: 2015); The Green City: Sustainable Homes, Sustainable Suburbs (University of New South Wales Press and Routledge: 2005) and Design for Change (Melbourne, 1985). His work has also been presented at numerous international conferences and published in various landscape architecture, architecture, urban planning and environmental psychology journals.Prior to focusing on research, Professor Green spent over a decade in landscape architectural and planning practice and is credited with numerous projects in the United States, Mexico, various South East Asian countries and Australia. In 2012 he was made a Fellow of the American Society of Landscape Architects in recognition of his accomplishments in the field; an honour bestowed on him, in the words of the ASLA Council of Fellows Executive Committee, for his:“...substantial landscape architecture research, teaching, and practice. His most noteworthy achievements have come from his generation of fresh insights and how he shares those widely though international publications, speaking engagements, and work across a range of professional communities. His research has revealed, for instance, how various communities react to rapid environmental transformation from tourism and population shifts, which is especially critical with fragile coastlines, wetlands, and mountains. He also studies the benefits of ecotourism as it increases contact with nature of an increasingly urban population.”

Resident perceptions of 'Neighbourhood' in a leafy inner-city suburb of Melbourne, Austral..

Configuring Low Carbon Cities: An Exploration Of The Role Of Spatial Parameters In Monocen..

Displaying the 5 most recent projects by Ray Green.

Configuring Low Carbon Cities: An Exploration Of The Role Of Spatial Parameters In Monocentric And Polycentric Examples In China

Configuring Low Carbon Cities: An Exploration Of The Role Of Spatial Parameters In Monocentric And Polycentric Examples In China

Many Australian coastal towns are experiencing rapid growth from tourism. In such places it is common to hear residents complain that the ?c..

Displaying the 51 most recent scholarly works by Ray Green.

Some 7.3 billion people currently live on the planet. Of these, 3.4 billion live in rural areas. In just a few regions—Latin Ameri..

Resident perceptions of 'Neighbourhood' in a leafy inner-city suburb of Melbourne, Australia

Biomimicry - innovation inspired by nature - is a creative methodology that translates characteristics from the biological world t..

Many rural communities located in, or near to, landscapes possessing high ecological value, in both developed and developing count..

Biomimicry – innovation inspired by nature – is a creative methodology that translates characteristics from the biological world t..

Residents' suggestions for reducing GHG emissions in Xi'an and Wuhan

Modelling and optimisation of a biomimetic façade based on animal fur

Discovery and Recovery in the Aftermath of a Natural Disaster

Transformation in Town Character and the "Sea Change" Phenomenon in an Australian Coastal Town: A Perceptual Mapping Study

Conference Proceedings  |  2006  |  Shifting Ground: Landscape Architecture in the Age of the New Normal

Community perceptions of environmental and social change and tourism development on the island of Koh Samui, Thailand

Doctoring the Profession Down Under

Tourism development and the transformation of community, culture and the natural environment on the island of Koh Samui, Thailand

A study of resident perceptions of neighbourhood character: Torquay and Jan Juc

A study of resident perceptions of neighbourhood character: Aireys Inlet to Eastern View

A Study of Resident Perceptions of Town in Lorne

Scenic and town character assessment: A methodology for community involvement

Notions of town character: A coastal community responds to change

Global environmental change and the poetry of place

Meaning and form in community perception of town character

FASLA - Fellow of the American Society of Landscape Architects

Council Of Educators In Landscape Architecture

The University of Arizona