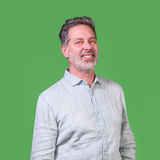 Don Immel Trombonist, Teacher, Composer, Performance Coach Head of Brass and Orchestral Studies University of Melbourne Conservatory of Music An internationally recognised classical and jazz musician and teacher, Don Immel appears frequently in Europe, Asia, Australia and the United States. In 2012, he joined the University of Melbourne Conservatorium of Music as Head of Orchestral Studies and Brass.

Don Immel was tenured Associate Professor of Music at the University of Washington in Seattle from 1999 to 2006. Immel became Solo/Principal Trombonist of the Danish Philharmonic orchestra in 2006, a position he held until 2012. Following significant critical acclaim for his debut solo CD, Long Way Home, Immel's second album, Together Alone, was release in 2014. The recording features Immel's compositions performed by top U.S., Brazilian and Danish musicians such as James Genus, Cyro Baptista, Romero Lubambo, Nikolaj Benson, Nick Moroch, Gene Lake, DJ Logic, Jason Miles and Søs Fenger. In addition to his jazz-influenced releases, Don can be heard on a number of collaborative classical-based projects, and has also recorded for dozens of Hollywood movie and television soundtracks.

Despite Our Silent Elders

Displaying the 37 most recent scholarly works by Don Immel.

To celebrate the 75th birthday of Professor Barry Conyngham, a live performance was held consisting of six major works for large c..

The Melbourne Conservatorium of Music (MCM) New Music Ensemble celebrates the milestone birthday of one of Australia’s most widely..

Greenbaum's Research statement as composer of the sonatas and producer of the CD: This monograph disc features 3 new sonatas writ..

Despite Our Silent Elders

This record is for a rendered live performance of three musicians on trumpet, trombone and guitar. The performance comprised of co..

This recording is a monograph album released on ABC Classics (December 2017). It includes the work work of Ensemble Three (Brenna..

"ANZAC," Concerto for Nine Soloists and Orchestra by Barry Conyngham

The world premiere of Barry Conygnham's latest orchestral work "ANZAC" was given on 30 and 31 August, 2014 in Iwaki Auditorium. "A..

Three – Australian Premieres at the Sydney Conservatorium of Music

This concert of masterworks by the American modernist composer Elliot Carter brought together a unique combination of solo and ens..

Ensemble Three was invited to the China Conservatory of Music to present a cross cultural concert of new works by Australian and C..

Ensemble Three was selected by the Australian Broadcasting Corporation to give a live broadcast on their Sunday Live series as a r..

Don Immel (trombone) and Joel Brennan (trumpet) are committed to expanding the chamber music repertoire for their instruments. In ..

Don Immel is committed to expanding solo, chamber and popular music repertoire for trombone, with a particular interest in establi..

Don Immel is committed to performing contemporary music towards establishing whether repertoire by living composers showcasing the..

Part of an ongoing research project, this studio-recorded collection of my compositions and arrangements featuring the trombone wa..

Part of an ongoing research project, this recorded collection of my compositions and arrangements featuring the trombone was made ..

Co-investigator for a grant to fund the purchase of new specialised musical instruments for use by the Conservatorium's brass program. Awarded $23,144

Co-investigator for a grant to fund "Three: Engaging Victoria's Communities with Meaningful Sound." Awarded $5,000 for commissions of music..