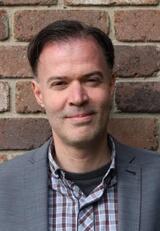 He holds a PhD and double Master's and undergraduate degrees in Literature and Indonesian Studies from Leiden University. He also studied at the Faculty of Fine Arts of the Indonesian Institute of the Arts (ISI) in Yogyakarta.

Edwin’s research, teaching and engagement interests are in contemporary art, media, culture, language and society in Asia, particularly Indonesia. His most recent books are the monograph Visual media in Indonesia: video vanguard (Routledge, 2017) and the edited volume Digital Indonesia: connectivity and divergence (ISEAS, 2017). His journal articles have been published in Third Text, Continuum, Art and the Public Sphere, Modern Art, Journal of the Humanities and Social Sciences of Southeast Asia, and Indonesia and the Malay World. He is also Asian Visual Cultures book series editor of Amsterdam University Press and IIAS regional editor of The Newsletter. He has had fellowships with Monash Art, Design and Architecture (MADA) at Monash University, Melbourne; The Graduate Institute, Geneva; International Institute for Asian Studies (IIAS), Leiden; and UNSW, Canberra. He was co-convenor of the 2016 Indonesia Update of the Australian National University (ANU), Canberra.

Edwin’s research focuses on theories and manifestations of environmental art and digital art; cultural activism and participatory art and media; media ecology and the creative industry; urban space and the public sphere; and globalisation and local identity. His main interest has been the role of creativity in representing cultural values and social causes, providing an alternative to the mainstream media and consumer culture, and addressing the intersections between virtual, material and natural environments.
His undergraduate teaching includes all levels of Indonesian language, Asian Arts: Networks and Hubs, Media and Urban Culture in Asia, Creative Industries in Indonesia, Literature: Reading Indonesian Lives, Analysing Indonesia: Concepts and Issues, and Diversity: Identities in Indonesia. His current postgraduate supervision covers projects on contemporary art and media in various parts of Asia.

The Countryside in Indonesian Contemporary Art and Media

Asian video cultures: in the penumbra of the global, edited by Joshua Neves & Bhaskar Sark..

Displaying the most recent project by Edwin Jurriens.

Displaying the 65 most recent scholarly works by Edwin Jurriens.

The Countryside in Indonesian Contemporary Art and Media

This article analyses explorations of social and environmental problems and solutions in artistic representations of the Indonesia..

Asian video cultures: in the penumbra of the global, edited by Joshua Neves & Bhaskar Sarkar

This article deals with environmental activism in Balinese contemporary art. I demonstrate how young Balinese artists have used th..

This article examines engagements with the natural environment in Indonesian contemporary art, with a specific focus on Yogyakarta..

Art is capital: Between cultural memory and the creative industry

Challenges and opportunities of the digital 'revolution' in Indonesia

Bridging the digital divide in Indonesia

Intimate video? Creative bodies in the age of the selfie

The Rise of Indonesian Digital Art

Digital can breach the divide

Tisna Sanjaya and the art of mapping and snapping

Islam and Popular Culture in Indonesia and Malaysia.

Mediating the metropolis: new media art as a laboratory for urban ecology in Indonesia

Coping with disaster: Agency and resilience in the asia-pacific context

Lessons from disaster relief in the Asia Pacific

Social Participation in Indonesian Media and Art: Echoes from the Past, Visions for the Future

Day without television: Indonesians act on their concerns about the new tele-visual environment

From Monologue to Dialogue

Wars Within: The Story of Tempo, an Independent Magazine in Soeharto's Indonesia

Frying the wires, freeing the waves: grassroots organizations in Indonesia are building communication media from the most basic of utensils

Television dreams: Simulation, for a new reality of Indonesia

'No False Echoes': polyphony in colonial and post-colonial times

Radio awards and the dialogic contestation of Indonesian journalism

The book gives an analysis of relevant case-studies and historical debates on culture and representation in Indonesia and the West..

Community radio in Indonesia: new Brechtian theatre in the era of Reform?

Radio active: radio has undergone a revolution since Suharto resigned

Indonesian mediations: the re-imagining and re-imaging of community(s) in transition

Postcolonialism and the space-clearing gestures of Sundanese pop songs