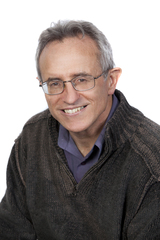 Dr Kerry Hinton is a Principle Research Fellow and Director in the Centre for Energy Efficient Telecommunications in the Department of Electrical & Electronic Engineering at The University of Melbourne.

All of these degrees were completed at the University of Adelaide. He commenced study at the University of Newcastle Upon Tyne, UK in 1981, where he was awarded a PhD in Theoretical Physics in 1984. During his time in the UK, Dr. Hinton also undertook part time studies at the Newcastle Upon Tyne Polytechnic where he was awarded a Diploma in Industrial Relations, with distinction, in 1984.

Dr. Hinton has extensive industrial research background in the engineering issues involved with the development and deployment of new and emerging technologies such as optical communications protocols (including SDH, SONET, OTN and GMPLS), optical network technologies and architectures and all-optical switching. Dr. Hinton was also a member of the Standards Australia Committee SF-19 on laser safety.

Dr. Hinton left the Telstra Research laboratories in December 2005, just before it was shut down by Telstra. He commenced in the ARC Special Centre for Ultra-Broadband Information Networks (CUBIN) in January 2006 as a Senior Research Fellow. During his time in CUBIN he has worked on the feasibility of all-optical technologies for ultra-high capacity networks and the Internet, monitoring and management in optical communications networks and the polarisation mode dispersion in optical communications systems. He has also researched long distance optical broadband access networks, next generation optical technologies for the Internet.

Dr. Hinton has published over 100 papers in conferences, journals and international standards submissions.

Is Not Free: Energy Consumption of Consumer Home Automation Systems

Application Of The Principle Of Least Action To Optimise The Energy Efficiency Of Content ..

Sorry, the wireless cloud isn't green – it's an energy monster

The national broadband network: What difference will it make to broadband availability in ..

Displaying the 6 most recent projects by Kerry Hinton.

This project will solve problems of direct importance to Australia and the wider international community. It will enable continued growth of..

Broadband services in less densely populated areas are a high priority for the Australian government as shown by the &#36;1.1 billion 'Broad..

Broadband services in less densely populated areas are a high priority for the Australian government as shown by the &#36;1.1 billion 'Broad..

Displaying the 125 most recent scholarly works by Kerry Hinton.

Is Not Free: Energy Consumption of Consumer Home Automation Systems

The proliferation of consumer Home Automation Systems (HAS), which is increasingly based on the Internet of Things (IoT) architect..

Journal article  |  2019  |  Journal of Telecommunications and the Digital Economy

In the future Internet of Things, many common household devices will have communications interfaces added. The gathering of data f..

The national broadband network: What difference will it make to broadband availability in Australia?

Journal article  |  2018  |  Australian Journal of Telecommunications and the Digital Economy

Greening IoT with Fog: A Survey

Fog Computing May Help to Save Energy in Cloud Computing

A key aspect of greener network deployment is how to achieve sustainable growth of a telecommunications network, both in terms of ..

Continuous growth in the energy consumption of mobile networks has become a major concern for mobile carriers. Since current mobil..

A simple, generic measurement-based power consumption model is described and is shown to apply to equipment, networks and services..

Estimating the Energy Consumption for Packet Processing, Storage and Switching in Optical-IP Routers

Challenges of a sustainable information age

Delay and jitter in long-reach GPON

Power Consumption and Energy Efficiency in the Internet

Introduction to the Issue on Green Photonics

A Guide to Broadband Technologies

A note on the stability of single frequency laser diode models

Journal article  |  2009  |  Journal of Physics A - Mathematical and Theoretical

Carbon footprint of the internet

Implications of sleep mode on activation and ranging protocols in PONs

Energy and the internet

Conference Proceedings  |  2008  |  OECC/ACOFT 2008 Conference: Joint Conference of the Opto-Electronics and Communications Conference and the Australian Conference on Optical Fibre Technology

Energy and the Internet

Conference Proceedings  |  2008  |  2008 JOINT CONFERENCE OF THE OPTO-ELECTRONICS AND COMMUNICATIONS CONFERENCE AND THE AUSTRALIAN CONFERENCE ON OPTICAL FIBRE TECHNOLOGY, VOLS 1 AND 2

Energy consumption of the internet

In search of the elusive all-optical packet buffer

Outage and capacity based path selection in optical networks

Energy consumption of the Internet

Photonic switching and the energy bottleneck

A taxonomy of optical buffer architectures

A Taxonomy of Optical Buffer Architectures

Laser safety issues in next generation all optical networks

Where to with Automatically Switched Optical Networks?: A Telco Perspective

Displaying the most recent news article by Kerry Hinton.

Sorry, the wireless cloud isn't green – it's an energy monster

University of Newcastle Upon Tyne