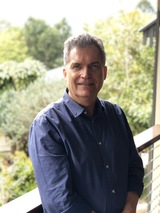 Dr Gregory Harper's role within the University of Melbourne is to enhance and support community impact from work within the Faculty of Veterinary and Agricultural Sciences. This is primarily related to research outputs, but also encompasses the teaching, commercial service and extension activities of Faculty members.


Dr Harper brings a wealth of experience from his work as a researcher in Australia and overseas, undertaking projects in medical research and agricultural research.In his most recent role as Executive Director Agriculture Research and Development within Agriculture Victoria, Dr Harper led a branch consisting of 300 people, and including researchers, development and extension experts, as well as technicians and other support staff. The major functions of the branch were research and technological development for the four major agricultural industries of Victoria: dairy, grains, red meat and horticulture.
In his previous role in CSIRO he contributed to a large body of work designed to improve the overall eating quality of Australian red meat for domestic consumption and export. He also contributed as a Deputy Chief to the development of the Animal, Food and Health Division, and the Food Futures Flagship.
His earlier medical research work was focussed on diagnosing and treating human inborn errors of metabolism, and particularly the lysosomal storage disorders. He was privileged to be part of the team led by Prof John Hopwood that created enzyme-replacement therapies for children suffering from mucopolysaccharidosis - particularly debilitating and progressive disorders.
In parallel to his research career, Dr Harper developed expertise in the planning, funding, governance and translation into impact, of life science programs. It is this expertise that primarily brought him to the University. Previously he held scientific leadership roles in CSIRO, the cooperative research centres, a rural research and development corporation (Meat and Livestock Australia) and earlier, in an NH&MRC Program grant. He has contributed to research funding decision processes for the ARC, Channel 7-Children's Research Foundation, Australia-India Strategic Research Fund, Agriculture Victoria, as well as Canadian knowledge translation funds. Dr Harper has been recognised as a Fellow of the Australian Institute of Company Directors.

Hyaluronan: is it a biomarker for adipose development within bovine muscle?

Displaying the 69 most recent scholarly works by Gregory Harper.

Hyaluronan: is it a biomarker for adipose development within bovine muscle?

Based on an association with extracellular matrix remodelling, mitosis, proliferation and adipogenic differentiation, the glycosam..

Analysis of the callipyge phenotype through skeletal muscle development; association of Dlk1 with muscle precursor cells

We present the application of large-scale multivariate mixed-model equations to the joint analysis of nine gene expression experim..

Gene expression, synthesis and degradation of hyaluronan during differentiation of 3T3-L1 adipocytes

Lessons from an estivating frog: sparing muscle protein despite starvation and disuse

The purpose of this study was to determine if estimated breeding value (EBV) of an animal’s sire and or the animal’s nutrition aff..

Japanese Black cattle are characterised by a unique ability to deposit intramuscular fat with lower melting temperature. In this s..

We propose a data-driven reverse engineering approach to isolate the components of a gene interaction and regulatory network. We a..

Growth, development and nutritional manipulation of marbling in cattle: a review

This review describes the pattern of intramuscular fat accretion in cattle and the potential for its manipulation during both the ..

Marbling is an important meat quality trait, in that it contributes directly to the value of beef on international markets. The de..

Liveweight data as predictors of objective measures of meat quality

Effect of coal mine pit water on the productivity of cattle .2. Effect of increasing concentrations of pit water on feed intake and health

Babesia bovis: Biosynthesis and localisation of the 12D3 antigen in bovine erythrocytes

Identification of a lysosome-associated protein

CARRIER-MEDIATED TRANSPORT OF MONOIODOTYROSINE OUT OF THYROID CELL LYSOSOMES

CYSTINE STORAGE IN CULTURED MYOTUBES FROM PATIENTS WITH NEPHROPATHIC CYSTINOSIS

FAICD - Fellow of the Australian Institute of Company Directors

The University of Queensland