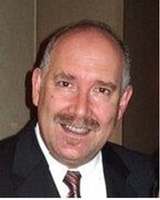 Martin Ashdown is a Melbourne based scientist with interests in the immunology of cancer and chronic infections. In circa 2002 Martin made the observation (via serial blood measurements) that the immune response in a retroviral infection in mice appears to be homeostatically oscillating repeatedly over several days.

This is now called the "Immune Cycle"(aka- The Ashdown Cycle). Martin speculated that this would occur in HIV patients and then cancer patients. This was later shown to be the case.

The implications of this Immune Cycle observation could be profound as recent advances in preclinical and clinical cancer immunology have revealed that the main obstacle to successful cancer treatment is not immune recognition, but down-stream immune suppression/tolerance induction mediated by the cancers presence and development. More interestingly, this cancer specific immune suppression is mediated via normal homeostatic signalling and feedback (cytokine, receptor & cellular) networks the body normally uses to quell inflammation and autoimmune responses. In addition, this realization explains the above decades of failure and paradoxical sporadic/random and limited spectacular therapeutic responses seen.

Consequently, the strategy moving forward is to precisely interfere or modulate this pre-existing homeostatic impasse using various agents and release the suppressed immune response from its tight regulation to specifically eradicate the tumour burden. In other words, break tumour tolerance. Together with Martin's Immune Cycle work, this suggests that the timing of therapy and its interference with the Immune Cycle creates narrow recurring therapeutic windows which may be responsible for the consistent varied therapeutic responses historically seen in late stage cancer patients receiving standard chemo or radiotherapy. This may even apply to past and present immunotherapeutic agents such as Interleukin-2 (IL-2), the new PD-1 / PDL1 Mab checkpoint inhibitors, as well as vaccines, TKI pathway inhibitors such as Braf-inhibitors and intralesional disruptive agents such as oncolytic viruses and fluorescein dyes such as Rose Bengal (PV-10) etc. Martin terms these agents as "Antigen Amplifiers", as antigen levels are now implicated in controlling the immunologic balance between responsiveness and tolerance.
Because homeostasis requires transient signalling at the molecular and cellular levels, the timing of therapy is emerging potentially as the principal determinant of efficacy. Knowing how to accurately deliver treatment in the time domain and disturb this cyclical homeostatic barrier will be crucial to consistent efficacy. This appreciation has led to the search for biomarkers to serially monitor and accurately administer therapy (using timing) for best outcomes with minimal treatment to lower toxicity and costs. Further, low cost existing compounds are emerging as potential therapeutic agents to achieve this.

Consequently, Martin posits that to be successfully treated, a cancer patient's blood must be monitored serially for at least 2 weeks prior to therapy to establish the immune cycle's idiosyncratic periodicity, find the position of a narrow therapeutic window and then the therapy delivered as a discrete pulse at the right time - a technique designated "Immune Synchronization". Further, Martin says, "We may already have the drugs to successfully treat cancer, we just have to use them more accurately." In addition Martin says,"The type of cancer may be irrelevant if timing of therapy dictates efficacy".

Martin's original work is now being refined at the Mayo Clinic in the USA. Martin is inventor or co-inventor on a number of granted and pending patents covering the clinical utility of the Immune Cycle. These include granted patents in the USA and Europe as well as other jurisdictions.

Fluctuation of systemic immunity in melanoma and implications for timing of therapy.

Displaying the 5 most recent scholarly works by Martin Ashdown.

Fluctuation of systemic immunity in melanoma and implications for timing of therapy.

Evidence suggests that immunological response in chronic inflammation is dynamic, oscillating between active immunity and toleranc..

Age Related Macular Degeneration (AMD) is a complex neurodegenerative disorder accounting for 50% of blind registrations in the we..