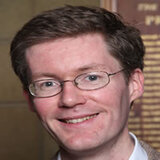 Eric Descheemaeker joined Melbourne Law School as a Professor in 2017, having previously been Reader in European Private Law at the University of Edinburgh in the United Kingdom. Originally from France, he studied law at Paris-I Panthéon-Sorbonne University (bachelor’s and master’s degrees), the London School of Economics (LL.M.)

and the University of Oxford (D.Phil. ), where he was also a Fellow of St Catherine’s College for five years. His doctoral dissertation was published as The Division of Wrongs: A Historical Comparative Study (OUP 2009).

He is a private lawyer whose main interests lie in the field of non-contractual obligations (tort and unjust enrichment). He is interested in the comparative legal history of these subjects in the common-law world, the civilian tradition and mixed legal systems. He has written extensively, in particular, on the law of defamation and privacy, the law of damages, unjustified enrichment and structural issues within private law. In 2012 he received a Leverhulme Research Fellowship for a project on “Reconstructing the Law of Defamation”; the same year, he was was elected to the International Academy of Comparative Law.

Displaying the 68 most recent scholarly works by Eric Descheemaeker.

This chapter examines four sorts of awards in the specific context of the action for breach of privacy: when and why are they avai..

That a person whose rights have been wrongfully infringed can, within general parameters, recover for the financial consequences o..

Review of Kit Barker, Ross Grantham and Warren Swain (eds.), The Law of Misstatements. 50 Years on from Hedley Byrne (Oxford, 2015)

Truth and Truthfulness in the Law of Defamation

Old and New Learning in the Law of Amende Honorable

‘A man must take care not to defame his neighbour’: The Origins and Significance of the Defence of Responsible Publication

Three Errors in the Defamation Act 2013

The Consequences of Possession

The Roman Law of Obligations

Review of Solène Rowan, Remedies for Breach of Contract: A Comparative Analysis of the Protection of Performance (Oxford, 2012)

Review of Andrew Burrows and others, A Restatement of the English Law of Unjust Enrichment (Oxford, 2012)

Iniuria and the Common Law

Iniuria and the Common Law

Review of John Bell and David Ibbetson (eds.), Comparative Studies in the Development of the Law of Torts in Europe (Cambridge, 2010-12)

Three Keys to Defamation: Media 24 in a Comparative Perspective

Winner of the SLS Annual Conference Best Paper Prize 2010: 'Veritas non est defamatio'? Truth as a defence in the law of defamation

Despite the limited exception introduced by statute in 1974, the principle that truth is and ought to be a complete defence to all..

‘A man of bad character has not so much to lose’: Truth as a Defence in the South African Law of Defamation

Defamation Outside Reputation: Proposals for the Reform of English Law

The Division of Wrongs: A Historical Comparative Study

The Roman Division of Wrongs: A New Hypothesis

Review of David Ibbetson, A Historical Introduction to the Law of Obligations (Oxford, 1999)

Review of Eltjo Schrage (ed.), Negligence. The Comparative Legal History of the Law of Torts (Berlin, 2001)

Mapping the Common Law: On a Recent English Attempt and its Links with Scottish Jurisprudence