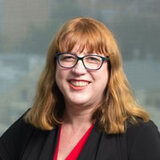 Katy Barnett joined the Melbourne Law School in 2006 as a sessional lecturer and was appointed on a permanent basis in 2010.

Katy has published widely on Remedies Law and other related aspects of private law, including on disgorgement of profit, the calculation of damages at common law and in statute, the law on penalties, and proprietary remedies for breach of fiduciary duty. She also has interests in comparative law, animal law, behavioural economics and law and history. She is passionate about diversity in academia and is a member of Heterodox Academy. Her PhD was published in 2012 by Hart Publishing as a monograph entitled 'Accounting for Profit for Breach of Contract: Theory and Practice' and it has been cited in argument before the High Court of Australia and the Supreme Court of the United States. She has also written Remedies in Australian Private Law (CUP, 2018) with Dr Sirko Harder, now in its second edition. In 2013, she was a visiting scholar at Brasenose College, Oxford as part of the Melbourne-Oxford Faculty Exchange. She is a foundation editor of the Melbourne Law School blog, Opinions on High, with Professor Jeremy Gans.

In 2016, Katy received the Barbara Falk Award for excellence in teaching. She has taught Property, Equity and Trusts, Trusts, Torts, Contract and Remedies in the LLB and JD degrees. She has also taught Remedies in Commercial Law in the Masters program, and given lectures in Construction Law Masters subjects. She coordinated the JD Remedies course in 2012, 2013 and 2015, and developed a Private Law Theory research project subject. She has also supervised postgraduate theses on remedies and private law and theory.

In her free time, Katy spends time with her family, and enjoys art and calligraphy. She has also written a Young Adult fiction novel, 'The Earth Below', which was Highly Commended in the 2016 Victorian Premier's Unpublished Manuscript Award, and published by Ligature Pty Ltd in 2019.

A Comparative Consideration of the Penalties Doctrine in England and Australia

Citation as a Measure of 'Impact': Female Legal Academics at a Disadvantage?

A Critical Consideration of Substitutive Awards in Contract Law

Displaying the 43 most recent scholarly works by Katy Barnett.

A Comparative Consideration of the Penalties Doctrine in England and Australia

During 2018, the Remedies Discussion Forum met twice: First, in Aix-en- Provence, France, in June, and then in Louisville, Kentuck..

After years of uncertainty, FHR v Mankarious has sought to impose a ‘simple answer’ in relation to remedies regarding bribes made ..

This is an obituary in memory of Suzan Shabnam Davies.

This paper explores the policy and operation of the doctrine of mitigation in contract law. It assesses how it ﬁts with contract m..

Citation as a Measure of 'Impact': Female Legal Academics at a Disadvantage?

This article discusses whether the demand that law academics show citations by a superior court is disadvantageous to women, using..

First, the scope of this chapter is outlined with reference to the historical background. Secondly, the normative bases of gain-ba..

A Critical Consideration of Substitutive Awards in Contract Law

Substitutive accounts of contract damages have burgeoned over the last twenty years. Although these accounts differ in their detai..

In light of the recent sad passing of Professor Robert Baxt, the time is opportune to raise an issue of particular interest to him..

Thorne v Kennedy: A Thorn in the Side of 'Binding Financial Agreements'?

In Thorne v Kennedy, the High Court unanimously set aside two ‘binding ﬁnancial agreements’ (one prenuptial and the other postnupt..

Remedies in Australian Private Law offers readers a clear and detailed introduction to remedies and their functions under Australi..

Thorn in the Side of Prenuptial Agreements? Thorne v Kennedy

Great Expectations: a Dissection of Expectation Damages in Contract in Australia and England

Lord Cairn's Act: A case study in the unintended consequences of legislation

Equitable compensation and remoteness: not so remote from the common law after all

The forgotten years of breach of confidence

Revival of an 'ancient doctrine'

Bank fees may be illegal penalties

Epilogue: the reinvention of tradition

Searching for balance in the employment relationship

Accounting for Profit for Breach of Contract: Theory and Practice

Substitutability and disgorgement damages in contract

Deterrence and disgorging profits for breach of contract

The mirror of title crack'd from side to side? The amazing half-life of the equitable mortgage