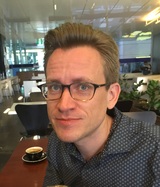 Jesse Olsen is a Senior Lecturer of Management in the Department of Management and Marketing at the University of Melbourne and a Research Associate at the Centre for Workplace Leadership and the Centre for Asian Business and Economics. He earned his PhD in organisational behaviour from the Scheller College of Business at the Georgia Institute of Technology in Atlanta, USA.

Jesse's work has been presented in such top-tier management journals as the Journal of Applied Psychology and Organizational Behavior and Human Decision Processes, as well as media outlets such as SBS World News, The Guardian, FastCompany, and The Conversation. He has also presented his research at numerous academic and professional conferences and worked with organisations such as Perpetual, the Australian Workplace Gender Equality Agency, McDonald's, the Queensland Government, and the Asian Development Bank.

Jesse's professional experience includes his position as international exchange coordinator at Kwansei Gakuin University in Nishinomiya, Japan. He was also employed as a business project manager in the Merger Integration Office and Corporate Strategies Group of SunTrust Bank in Atlanta. Before coming to The University of Melbourne, Jesse conducted research and taught courses in the US, South Korea, and Japan. Jesse has also received improvisation and comedy writing training from the Laugh Masters Academy (Melbourne) and the Second City (Chicago, USA).

Who Is the Wolf and Who Is the Sheep? Towards a More Nuanced Understanding of Workplace Incivility

A new approach to disability in the workplace

From Apples and Cases to Barrels and Orchards: Macro-Level Drivers of Workplace Abuse

Displaying the most recent project by Jesse Olsen.

Displaying the 38 most recent scholarly works by Jesse Olsen.

From Apples and Cases to Barrels and Orchards: Macro-Level Drivers of Workplace Abuse

Workplace abuse, broadly defined as interpersonal mistreatment against employees in the workplace that might harm or injure them a..

Improving Access and Inclusion in Employment for People with Disabilities: Implementation of Workplace Adjustments in ‘Best-Practice’ Organisations

The Centre for Workplace Leadership (CWL), in consultation with the Australian Network on Disability (AND) and with funding from t..

The current paper explores the effect of pay dispersion in the team and team LMX on individual incivility perceptions. Employing B..

A framework based on strategic organizational behaviour to understand improvisation competence at the individual and organizationa..

Does Procedural Justice Increase the Inclusion of Migrants? A Group Engagement Model Perspective

When the Minority Rules: When and How Do Traditionally Underrepresented Leaders Impact Employees?

Scholars and practitioners have held great interest in how workforce diversity and inclusion relates to organizational outcomes. S..

Who Is the Wolf and Who Is the Sheep? Towards a More Nuanced Understanding of Workplace Incivility

Cortina, Rabelo, and Holland's (2018) perspective on studying victimization in organizations is a welcome contribution to workplac..

Research Insights: Improving access and inclusion in employment for people with disabilities

The inclusion of people with disabilities in the workforce is a social and economic imperative for Australia. However, barriers to..

Bringing the Leader Back In: Why and How Leaders Shape Workgroup Conflict

In response to the diffusion of group-based forms of work organization, conflict research has examined the consequences of workgro..

When the minority rules: Cultural minority leaders and workplace outcomes

In the globalizing and increasingly diverse business environment, management scholars and practitioners have held great interest i..

The continued resistance exhibited by practitioners towards structured interviews, despite their demonstrable utilitarian benefit,..

Paper presented at the Academy of Management meeting

The Centre for Workplace Leadership was invited by a major Australian retail business to conduct research on the company. The CEO ..

Developing leadership capabilities in young people comes with the territory of being in a business school. The Faculty of Business..

Leadership at Work: Do Australian leaders have what it takes?

Fuelled by the resources boom, the Australian economy has enjoyed an unprecedented 25 years of economic growth, more than doubling..

The Centre for Workplace Leadership was invited by a leading Australian financial services firm to conduct research on the firm’s ..

Gender Diversity Programs, Perceived Potential for Advancement, and Organizational Attractiveness: An Empirical Examination of Women in the United States and France

We conducted an experimental study to compare the effects of organization-sponsored gender diversity management programs on women’..

Leading from the Frontline: Developing Leader Identity and Leadership Self-Efficacy among Frontline Managers.

Frontline managers are responsible for the supervision of non-managerial employees and overseeing day-to-day operations in general..

Workplace health and safety – What role for the business case?

Paper presented at the Australian and New Zealand Academy of Management (ANZAM).

Person, environment, and virtual work adoption: Back to basics

Gender equality in the workplace: Moving from practices to strategy

Multiculturalism in Japan: An Analysis and Critique

The topic of multiculturalism is receiving growing interest in Japan, but fundamental misconceptions about the cultural diversity ..

Gender Equality in the Workplace: Moving from Practices to Strategy

Progress towards workplace gender equality is a national priority. For Australian organisations, closing the gender gap and maximi..

Workplace Leadership: A Review of Prior Research

Almost twenty years ago, the last major review of management capability in Australian organisations, the Karpin Report, was relea..

Social exchange from the supervisor's perspective: Employee trustworthiness as a predictor of interpersonal and informational justice

Scholars suggest that organizational diversity management (DM) programs are useful not only to satisfy legal requirements or socia..

THE EFFECTS OF EXPATRIATE DEMOGRAPHIC CHARACTERISTICS ON ADJUSTMENT: A SOCIAL IDENTITY APPROACH

Displaying the 5 most recent news articles by Jesse Olsen.

A new approach to disability in the workplace

Helping men get work-life balance can help everyone