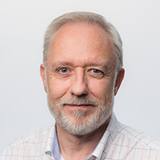 Julian Webb is Director of the Legal Professions Research Network in Melbourne Law School and a member of Melbourne Networked Society Institute (MNSI). He joined the Law School in 2014 having previously held chairs at the Universities of Warwick and Westminster in the UK.

He also holds a concurrent appointment as an Honorary Professor of Law at the University of Exeter, UK. He was awarded his LLM and LLD degrees by the University of Warwick and is both a Fellow of the Royal Society of Arts (FRSA) and an Academic Bencher of the Honourable Society of the Inner Temple.

Julian has particular research interests in the ethics and professional regulation of lawyers; developments in the market for legal services, including the uses and regulation of legal technology; legal education, and in regulatory theory and practice more generally. He has published widely in these fields, having (co-)authored or edited seven books and numerous journal articles. He is currently lead researcher on an interdisciplinary project on the Regulation of Automated Legal Advice Technologies (RALAT), and in 2016 was identified by an International Bar Association study of drivers of change in legal services as among the 15 most cross-cited scholars on innovation and change in legal services (across Australia, Canada, the UK and USA). Julian has taught Disputes & Ethics, Legal Ethics and Legal Theory on the Melbourne JD. He has also taught theory and practice of dispute resolution, and socio-legal research methods and has an interest in research ethics and their regulation. Julian is an experienced empirical researcher and, between 2011 and 2013, led the research phase of a major national review of legal education and training in England and Wales undertaken by the Solicitors Regulation Authority, Bar Standards Board and ILEX Professional Standards. He has previously undertaken research or consultancy work for a range of bodies including the Law Society of England and Wales, the New Zealand Council of Legal Education and the Netherlands Council of the Judiciary.

From 1998 to 2008, Julian was a founding editor of the international journal Legal Ethics. He is currently a member of the advisory boards for four academic journals: the International Journal of the Legal Profession, Commonwealth Law and Legal Education, Revista Educación y Derecho, and Legal Ethics. He also edits, with Professor John Paterson (University of Aberdeen), the "Law, Science and Society" book series published by Routledge.

An overture for well-tempered regulators: four variations on a LETR theme

The LETRs (Still) in the Post: The Legal Education and Training Review and the Reform of L..

A Review of Frank H Stephen, Lawyers, Markets and Regulation

Regulating Lawyers in a Liberalized Legal Services Market: The Role of Legal Education and..

Displaying the 43 most recent scholarly works by Julian Webb.

An overture for well-tempered regulators: four variations on a LETR theme

A Review of Frank H Stephen, Lawyers, Markets and Regulation

Regulating Lawyers in a Liberalized Legal Services Market: The Role of Legal Education and Training

AT THE EDGE OF LAW: EMERGENT AND DIVERGENT MODELS OF LEGAL PROFESSIONALISM

The Body in (E)motion: Thinking through Embodiment in Legal Education

This collection brings together a distinguished group of researchers to examine the power relations which are played out in univer..

Legal education and training in England and Wales: Back to the future?

On Liberal Neutrality, the Value of Experience and the Loneliness of the Long-Distance Academic

The Dynamics of Professionalism: The Moral Economy of English Legal Practice - and Some Lessons for New Zealand?

When 'Law and Sociology' is not Enough: Transdisciplinarity and the Problem of Complexity

Contains a broad range of essays including: sociology of law and jurisprudence; legal culture; and thinkers such as Durkheim, Petr..

Postmodern professions? The fragmentation of legal education and the legal profession

Law, Ethics and Complexity: Complexity Theory and the Normative Reconstruction of Law

Lawyering Skills and the Legal Process

Turf Wars and Market Control: Competition and Complexity in the Market for Legal Services

The Law Society's Training Framework Review: On the Straight and Narrow or Long and Winding Road?

Being a Lawyer/ Being a Human Being

Institutionalising Trust: Ethics and the Responsive Regulation of the Legal Profession

Ethics for lawyers or ethics for citizens? New directions for legal education

Inventing the Good: A Prospectus for Clinical Education and the Teaching of Legal Ethics in England & Wales

Lawyering Skills and the Legal Process

Sharpening the Mind or Narrowing It? The Limitations of Outcome and Performance Measures in Legal Education

Where the Action is: Developing Artistry in Legal Education

Extending the Theory-Practice Spiral: Action Research as a Mechanism for Crossing the Academic/Professional Divide

LAW STUDENTS, THE EXTERNAL MARKET, AND SOCIALIZATION - DO WE MAKE THEM TURN TO THE CITY

The Legal Academy’s Engagements with Lawtech: Technology Narratives and Archetypes as Drivers of Change

This article argues that legal education is currently grappling with three narratives of technology’s role in either augmenting, d..

The Profession(s)’ Engagements with LawTech: Narratives and Archetypes of Future Law

This article argues that there are three narratives to technology’s role in augmenting, disrupting or ending the current legal ser..

FRSA - Fellow of the Royal Society for the Arts

BACHELOR OF ARTS IN LAW (HONOURS)