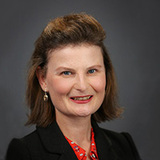 Alison Duxbury is a Professor at Melbourne Law School and an Associate Director of the Asia Pacific Centre for Military Law. She is also the Chair of the International Advisory Commission of the Commonwealth Human Rights Initiative, a non-governmental organisation with offices in Delhi, Accra and London.

Alison has undertaken advice work in the areas of international law and human rights law. She has been a Visiting Fellow at the Lauterpacht Centre for International Law in Cambridge, the Centre for Comparative and Public Law at the University of Hong Kong, the Oxford Institute for Ethics, Law and Armed Conflict and the Institute of Commonwealth Studies in London. Alison has also taught at the Centre for Transnational Legal Studies in London. Alison is the recipient of a Melbourne Teaching Citation, the Barbara Falk Award for Teaching Excellence and a National Citation for Outstanding Contributions to Student Learning.

Intersections between Diplomatic Immunities and the Immunities of International Organizati..

The Reform of Military Justice

Displaying the most recent project by Alison Duxbury.

Displaying the 42 most recent scholarly works by Alison Duxbury.

When discussing the application of international human rights law to service personnel, commentary has tended to focus on the role..

The adoption of the ASEAN Charter in 2007 represented a watershed moment in the organisation's history - for the first time the me..

Intersections between Diplomatic Immunities and the Immunities of International Organizations

Military Justice in the Modern Age

Discipline and justice are not mutually exclusive. The authority of commanders and the military itself depends upon the obedience,..

The Reform of Military Justice

The Protection of Humanitarian Relief: The Legal Framework

Human Rights System in the Asia-Pacific

International Human Rights Law and the Events of 2001: Has the World Changed Forever?

Assange and the Law of Diplomatic Relations

The Participation of States in International Organisations: The Role of Human Rights and Democracy

The Curious Case of the Australian Military Court

Excluding the Undesirable: Interpreting Article IF(a) of the Refugee Convention in Australia

The Impact and Significance of Teoh and Lam

Moving Towards or Turning Away from Institutions? The Future of International Organizations in Asia and the Pacific

The Commonwealth Secretariat and the Implementation of Human Rights

Bigger or Better? The Role of Human Rights and Democracy in Determining Membership of the European Institutions

AbstractThis article traces the development of the role of human rights and democracy in determining admission to three European o..

A Fracture in the Family: Zimbabwe and the Commonwealth

Reviewing the Commonwealth's Rights Record: From Recognition to Realisation

Saving Lives in the International Court of Justice: The Use of Provisional Measures to Protect Human Life

The Privileges and Immunities of United Nations' Experts: The Cumaraswamy Case

Sovereign Immunity and Sovereign Impunity: An Update on the Pinochet Case

The Commonwealth and the Edinburgh CHOGM: Challenges and Opportunities

Perspectives on the Asian Human Rights Charter - A People's Charter

Lord Casey's sad testament to an organisation which was perceived as “on the way to becoming not much more than a paper connection..

Peace and Development: A Study in Human Rights Analysis

Member Of The Advisory Commission Of The Commonwealth Human Rights Initiative (Based In Delhi, Accra And London)

Advisory Commission of the Commonwealth Human Rights Initiative (based in Delhi, Accra and London)

Member Of The American Society Of International Law

Bachelor of Laws with Honours