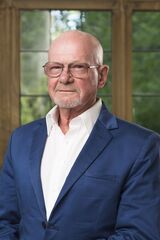 Globalisation of media and communication industries.

Professor John Sinclair is an Honorary Professorial Fellow in the School of Culture and Communication for 2018-2020, and formerly with the School of Historical and Philosophical Studies. He completed his undergraduate studies at Monash University, and his postgraduate degrees, including a PhD in Sociology, at La Trobe University.

Before coming to the former Australian Centre as an Australian Research Council Professorial Fellow for 2005-2009, he was Professor in the School of Communication, Culture, and Languages at Victoria University. Former students whom he has supervised to successful PhD completion are now pursuing academic careers in Europe and North America, as well as in Australia. He has held visiting professorships at the Universidad Autónoma de Barcelona, where he was UNESCO Professor of Communication, and at the University of California, San Diego, the University of Texas at Austin, and other universities in the United States, and also in Latin America. In 2001 he was elected as a Fellow of the Australian Academy of the Humanities, and in 2003, he was awarded a Centenary of Federation Medal for service to Australian society and the humanities in the study of cultural and media studies. Over 2009-2012, he was Head of the Cultural and Communication Studies Section of the Australian Academy of the Humanities. Professor Sinclair is still professionally active, but no longer is taking on any graduate student supervision. John Sinclair's research continues to concern the globalisation of the media, with particular reference to the television and advertising industries. His record of internationally published research covers various aspects of the globalisation of the media and communication industries, with a special emphasis on the role of cultural factors in the development of these industries, and has a regional focus on Latin America and Asia. As well as such work on cultural industries, he has experience in content analysis and audience research methodologies, and has directed ethnographic research on media use by diasporic communities. Since the completion of his ARC Professorial Fellowship, as an Honorary Professorial Fellow, he has been involved in other ARC projects, namely lifestyle media in Asia, and the history of the advertising industry in Australia. Other work in the years since his 2012 monograph, Advertising, the Media and Globalisation, includes a number of refereed journal articles; two co-edited books, a co-authored book; and several chapters in books and reference works. These include A Companion to Australian Media, The Handbook of Communication History, The Companion to Advertising and Promotional Culture, The Advertising Handbook, The Handbook of Political Economy of Communications, The Television Studies Reader, The Sage Handbook of Media Studies, The Blackwell Companion for Television, The Blackwell Encyclopedia of Sociology, The International Encyclopaedia of the Social and Behavioural Sciences; and the leading textbook Media and Communications in Australia.

Cracking under pressure: current trends in the global advertising industry

Globalising The Magic System: A History Of Advertising Industry Practices In Australia 195..

If ... Then: Algorithmic Power and Politics

Globalisation And The Media In Australia: An Integrated Analysis Of Trends And Impacts, Wi..

Advertising across the BRICS

Making a market for Mexican food in Australia

Displaying the 2 most recent projects by John Sinclair.

Globalising The Magic System: A History Of Advertising Industry Practices In Australia 1959-1989

Some 40,000 Australians are employed in advertising or related industries. But who are they and how do they come up with the campaigns we se..

Globalisation And The Media In Australia: An Integrated Analysis Of Trends And Impacts, With Special Reference To The Advertising Industry

The overall national benefit will be to reveal how advertising is tied in to the manufacturing-marketing-media institutional complex in Aust..

Displaying the 74 most recent scholarly works by John Sinclair.

Cracking under pressure: current trends in the global advertising industry

If ... Then: Algorithmic Power and Politics

Whatever the cryptic title might suggest, the clear strength of this book is its timely interrogation of the conventional dichotom..

Advertising across the BRICS

Making a market for Mexican food in Australia

Globalisation of advertising: An overview of trends and issues

Covering past, present and potential futures, through an impressive ensemble of global advertising practitioners and academics, th..

A tale of two waves: Latin American migration to Australia

Advertising and Media in the Age of the Algorithm

Political economy and discourse in Murdoch’s flagship newspaper, The Australian

The “tequila effect” or “how the taco won Australia”: The appropriation of Mexican and Latin American culture in Australia

Media and communication in the Chinese diaspora: Rethinking transnationalism

In doing so, this book constitutes a major rethinking of Chinese transnationalism in the twenty-first century.

Advertising as a Cultural Industry

"Advertising, the Media and Globalization"

Transnationalisation of Television Programming in the Iberoamerican Region

Advertising, the media and globalisation: A world in motion

The Advertising Industry in Latin America: A Contemporary Overview

Advertising, the Media and Globalization

THE CHINESE-LANGUAGE PRESS IN AUSTRALIA: A PRELIMINARY SCOPING STUDY

The advertising industry in Latin America: A comparative study

The Advertising Industry in Latin America

ADVERTISING AND MEDIA IN ASIA: SETTING SOME CONTEXT

'Waiting for the kiss of life': Mobile media and advertising

SLEEPING WITH THE ENEMY: DISINTERMEDIATION IN INTERNET ADVERTISING

Strategic regionalization in marketing campaigns: Beyond the standardization/glocalization debate

The De-Centring of Cultural Flows, Audiences and Their Access to Television

Contests of Power and Place in Mobile Media Advertising

The shock of the new: Old media strategies in the digital age

Globalization and the advertising industry in China

Contests of Power and Place: Advertising and the "Complicated Mobile Phone Ecosystem"

Super size me: Accounting for television advertising in the public discourse on obesity

Agents of ‘Americanisation’: Individual entrepreneurship and the genesis of consumer industries

Globalisation and regionalisation of the advertising industry in the asia-pacific

Globalisation and Regionalisation of the Advertising Industry in the Asia-Pacific

From Latin America to Latinos: Spanish-language Television and its Audiences in the United States

Globalization, Nation, and Television in Asia

Television and the Concentration of Ownership ('old' and 'new' media: no more hugs and high fives)

“Globalisation, Supranational Institutions and the Media”

"The Hollywood of Latin America": Miami as Regional Center in Television Trade

Mexico and Brazil: The Aging Dynasties

"Introduction: Diasporas and the Media”

Displaying the most recent news article by John Sinclair.