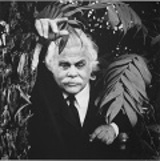 John Conomos is an artist, critic and writer, and Associate Professor and Principal Fellow at Victorian College of the Arts, Faculty of Fine Arts and Music, the University of Melbourne. Conomos has exhibited extensively both locally and internationally across a variety of media: video art, new media, photo-performance, installations and radiophonic art.

He is a prolific contributor to art, film and media journals and a frequent keynote speaker and participant in conferences, fora and seminars.

His video Autumn Song received an award of distinction at Berlin’s Transmediale Festival in 1998. In 2000 Conomos was awarded a New Media Fellowship from the Australia Council for the Arts and in 2004 he was awarded A Global Greek Award (Hellenic Ministry for the Arts and Culture) for his contribution to the visual arts and the Greek diaspora. In 2008, his work was included in Video Logic at the Museum of Contemporary Art, Australia.

Conomos is the author of Mutant Media (Artspace/Power Publications, 2008) and in the following year he edited, with Brad Buckley, Rethinking the Contemporary Art School: The Artist, the PhD and the Academy (NSCADU, 2009) and with Andy Dong and Buckley, Ecologies of Invention (SUP, 2013) and Erasure: The Spectre of Cultural Memory (Libri Publishing, 2015) and most recently Who Runs the Artworld: Money, Power and Ethics (Libri Publishing, 2017). During 2009 Conomos’ video, Lake George (After Mark Rothko), was screened at the Tate Modern (London), where he also spoke on his art practice.
In 2011 Conomos exhibited a large multimedia installation, Shipwreck, at the Queensland University Art Museum. In 2013, he exhibited Spiral of Time, which was accompanied by a major publication, at the Australian Centre for Photography. During 2013 Conomos also exhibited in Etudes for the 21st Century, Osage Gallery, Hong Kong with leading European media artists Robert Cahen and Kingsley Ng.

Conomos also exhibited Mediterranean at Toowoomba’s Raygun Projects in June 2016. In January of that year he also exhibited a performance video Paging Mr Hitchcock at the Mosman Art Gallery. Conomos has also exhibited at Cementa15 (2015) and Cementa17 (2017). With Steven Ball in October, 2016 Conomos exhibited a multimedia installation Deep Water Web at Furtherfield Gallery in London. He is also writing a memoir called Milk Bar.

Letter from the Guest Editors

The self-portrait and the film and video essay

Displaying the 3 most recent scholarly works by John Conomos.

Letter from the Guest Editors

The self-portrait and the film and video essay