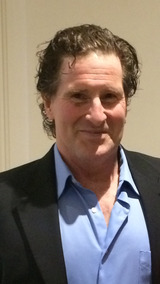 As an Associate Professor in Educational Leadership within the Melbourne Graduate School of Education at the University of Melbourne, his responsibilities include preparing and teaching in pre-service and post-graduate programs, supervision of Masters and Doctoral research and representation on appropriate committees. He is the leader of the educational leadership cognate group of the faculty.

As the Associate Dean (staffing), David is involved in all matters to do with academic staff appointment and development, teacher allocation, academic workload, and direction setting. He currently serves on the following committees: faculty executive, staffing, finance, learning and teaching, diversity and inclusion, honours, master of education, and academic programs. He teaches in the areas of educational leadership, strategic leadership, and school effectiveness and improvement. He is a founding member of the International Successful School Principalship Project, and co-led an Australian team that was awarded a national grant for this project in 2005. He is also a founding member of the International School Leadership Development Network, which is a joint partnership between UCEA and BELMAS. He has more than 179 publications and has presented more than 200 times at international and local conferences, and has led or been involved in 23 research classified grants worth more than $26,000,000, including one ARC Discovery Grant. David has supervised to completion 21 Masters and 37 Doctoral research students, and has examined more than 60 theses. He has conducted more than 100 school reviews, mainly in Victoria, but also including South Australia, New South Wales and Hong Kong. David has been the Vice-president of the Australian Council for Educational Leaders and past Editor of Hot Topics, Monograph and the academic journal, Leading and Managing. David is currently editor of the CCEAM journal International Studies in Educational Administration, senior associate editor of the Journal of Educational Administration and co-editor of the IAP book series International Research on School Leadership. He has received several honours from ACEL including being awarded the National Presidential Citation in 2004, a national fellowship in 2006, the Hedley Beare Educator of the Year award in 2012, and the Gold Medal in 2014. He is involved in consultancy work in Victorian schools including teaching in a range of professional learning programs associated with school leadership, and evaluating leadership programs. David is a research fellow of the Asia Pacific Centre for Leadership and Change, and member of the advisory board for the International Executive Master of Arts in Educational Leadership and Change, both at the Education University of Hong Kong, an International Associate of the Robert Owen Centre for Educational Change at the University of Glasgow, and a Faculty Fellow at Western University in Ontario.

Educational Leadership Research: Is There a Compelling Reason to Change?

Displaying the 2 most recent projects by David Gurr.

There is renewed focus by government on education, facilitated by the move to a knowledge society and the realisation of the importance of g..

Displaying the 109 most recent scholarly works by David Gurr.

Educational Leadership Research: Is There a Compelling Reason to Change?

This paper is a response to recent challenges to educational leadership research from Eacott. Using a personal narrative approach,..

The exploration of the intersection of leadership practices from the school principal and other educators, the school culture, and..

Within the edited book there is a wide selection of ideas about leadership of schools in challenging circumstances and this chapt..

The retention and success of all students in education systems are a global imperatives. However, the number of students disengage..

International network as sites for research on successful school leadership

This paper provides a synthesis of the six papers contained in this special issue of International Studies in Educational Administ..

Leading the improvement of schools in challenging circumstances

This paper reports on multiple perspective and observational case studies of the leadership of three underperforming schools, two ..

In times of great change, complexity, and uncertainty, school leaders are challenged to adapt and navigate their way through the t..

The International Successful School Principalship Project has been actively researching about the work of successful principals si..

Dare to Make a Difference: Successful Principals Who Explore the Potential of their Role

This paper explores how successful school principals ‘dare to make a difference’ and enhance the lives and performance of members ..

The 2000s have been described as the golden age of leadership (Leithwood and Day, 2007a, p. 1), yet the topic of leadership remain..

Australia: The Principal as Leader - A Review of Australian Principal Research, 2006-2013

An Australian perspective on school leadership preparation and development: credentials or self-management?

What are future trends in School Leadership?

School leaders lead their community in an environment that is moving and changing rapidly around them. In order to lead and manag..

Singapore Building on the past: connecting with others

High-need schools in Australia: The leadership of two principals

Heroic leadership in Australia, Sweden, and the United States

Indonesia Leading an Islamic school in a multicultural setting in Indonesia

Looking for superintendents in Australia: The cases of victoria and Western Australia

The Role of the Critical Friend in Leadership and School Improvement

Leadership for Creating a Thinking School at Buranda State School

Theory and practice of successful school leadership in Australia

Democratic Instructional Leadership in Australia, Denmark, and the United States

Parental Involvement in an Islamic School in Australia: An exploratory study

Thinking About Leadership for Learning

Successful school principals in Australia and the US: Findings from an international study

An Australian model of successful school leadership: Moving from success to sustainability

Development of School Leaders at the University of Melbourne

Reflections on Twelve Years of Studying the Leadership of Victorian Schools

Diversity and progress in school accountability systems in Australia

Hope for a Better Future

We Can Be the Best

A Review of School Accountability in Australia

Advances in information and communication technology (ICT) are changing organizations, with old practices being altered and new pr..

Interaction between ICT and School Leadership

ICT, Leadership in education and e-leadership

Formula funding of schools, decentralization and corruption: a comparative analysis

The impact of technology on the work of educational leaders

The Development of Management Information Systems in Education

Reforms in School Supervision and Quality Control: The Case of the State of Victoria.

Reply to Gronn and Lakomski.

The Gold Medal is the most prestigious award of ACEL. For outstanding contribution to the study and practice of educational leadership.

Hedley Beare Educator of the Year, 2012. The most prestigious award for ACEL Victoria.

Fellowship of the Victorian Branch

FACEL - Fellow of the Australian Council for Educational Leaders

Australian Association for Research in Education

Association for Supervision and Curriculum Development