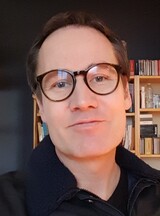 He is the founder and former Director of the Canadian Centre for World Hunger Research and is Editor-in-Chief of the Journal of Plant Physiology (Elsevier). Prof. Kronzucker obtained his Ph.D. in Botany from the University of British Columbia, Canada. He has held a Rockefeller ‘Human Frontier’ Fellowship at the International Rice Research Institute in the Philippines and Professorships at the University of Western Ontario and the University of Toronto in Canada. From 2017-2018, he led the School of BioSciences at the University of Melbourne and, in 2018, was appointed to the leadership of the University’s School of Agriculture and Food. Prof. Kronzucker’s research is on plant nutrition and ion transport in the world’s major cereal crops, in particular rice, with a focus on plant nitrogen relations, potassium homeostasis, sodium toxicity, micronutrients, and silicon. His primary work has been published in the premier international venues, including Nature, Nature Plants, Proceedings of the National Academy of Sciences (USA), and Trends in Plant Science, and has been prolifically featured in the popular media. He has won many prestigious awards, including a Canada Research Chair, a lifetime achievement award from Laval University, and a Bayer Science for a Better Life Award.

The controversies of silicon’s role in plant biology

Membrane fluxes, bypass flows, and sodium stress in rice: the influence of silicon

Displaying the 2 most recent projects by Herbert Kronzucker.

Displaying the 137 most recent scholarly works by Herbert Kronzucker.

Transcriptome analysis of rice (Oryza sativa L.) in response to ammonium resupply reveals the involvement of phytohormone signaling and the transcription factor OsJAZ9 in reprogramming of nitrogen uptake and metabolism

The intersection of nitrogen nutrition and water use in plants: New paths toward improved crop productivity.

Agriculture is expanding into regions that are affected by salinity. This review considers the energetic costs of salinity toleran..

Aquaporins are involved in CO2 transport from the leaf intercellular air space to the chloroplast, which contributes to CO2 assimi..

Effects of the biological nitrification inhibitor 1,9-decanediol on nitrification and ammonia oxidizers in three agricultural soils

The controversies of silicon’s role in plant biology

Silicon (Si) is not classified as an essential plant nutrient, and yet numerous reports have shown its beneficial effects in a var..

Characterization and comparison of nitrate fluxes in Tamarix ramosissima and cotton roots under simulated drought conditions.

Tamarix ramosissima Ledeb., a major host plant for the parasitic angiosperm Cistanche tubulosa, and known for its unique drought t..

Involvement of auxin in the regulation of ammonium tolerance in rice (Oryza sativa L.)

vaCATE: A Platform for Automating Data Output from Compartmental Analysis by Tracer Efflux

From aquaporin to ecosystem: Plants in the water cycle

Membrane fluxes, bypass flows, and sodium stress in rice: the influence of silicon

From biochemical pathways to the agro-ecological scale: Carbon capture in a changing climate

Nutrient constraints on terrestrial carbon fixation: The role of nitrogen

Microprofiling of nitrogen patches in paddy soil: Analysis of spatiotemporal nutrient heterogeneity at the microscale

How high do ion fluxes go? A re-evaluation of the two-mechanism model of k( ) transport in plant roots

Sodium efflux in plant roots: What do we really know?

Pride in being a plant physiologist

Potassium and nitrogen poising: Physiological changes and biomass gains in rice and barley

Ecological significance and complexity of N-source preference in plants

Sodium as nutrient and toxicant

Complexity of potassium acquisition: how much flows through channels?

K Efflux and Retention in Response to NaCl Stress Do Not Predict Salt Tolerance in Contrasting Genotypes of Rice (Oryza sativa L.)

Plastid retrograde signaling (chloroplast to nucleus) has been proposed to play an important role in the acclimation of plant func..

Standard procedures for the tracing of ion fluxes into roots of plants are described here, with emphasis on cations, especially po..

Ammonium-induced loss of root gravitropism is related to auxin distribution and TRH1 function, and is uncoupled from the inhibition of root elongation in Arabidopsis

Isotope techniques to study kinetics of Na and K transport under salinity conditions.

A plastic root system is a prerequisite for successful plant acclimation to variable environments. The normally functioning root s..

Genes do not form channels

Regulation and mechanism of potassium release from barley roots: an in planta K-42( ) analysis

Ussing's conundrum and the search for transport mechanisms in plants

The cytosolic Na : K ratio does not explain salinity-induced growth impairment in barley: a dual-tracer study using K-42( ) and Na-24( )

Futile cycling at the plasma membrane: a hallmark of low-affinity nutrient transport

The face value of ion fluxes: the challenge of determining influx in the low-affinity transport range

Plant nitrogen transport and its regulation in changing soil environments

The potential for nitrification and nitrate uptake in the rhizosphere of wetland plants: A modelling study

Biotechnology of Nitrogen Acquisition in Rice - Implications for Food Security

The case for cytosolic NO3- heterostasis: a critique of a recently proposed model

Root ammonium transport efficiency as a determinant in forest colonization patterns: an hypothesis

Cytosolic ion exchange dynamics: Insights into the mechanisms of component ion fluxes and their measurement

The regulation of nitrate and ammonium transport systems in plants

Ammonium toxicity and the real cost of transport

Constancy of nitrogen turnover kinetics in the plant cell: insights into the integration of subcellular N fluxes

Can unidirectional influx be measured in higher plants? A mathematical approach using parameters from efflux analysis

Nitrogen transport in plants, with an emphasis on the regulation of fluxes to match plant demand

Journal article  |  2001  |  Proceedings of the National Academy of Sciences

Cytosolic concentrations and transmembrane fluxes of NH4 /NH3. An evaluation of recent proposals

Conference Proceedings  |  2000  |  Isotope Production and Applications in the 21st Century

Nitrogen Uptake by Rice Roots. In: Carbon and Nitrogen Dynamics in Flooded Ecosystems

Inhibition of nitrate uptake by ammonium in barley. Analysis of component fluxes

Importance of nitrate vs. ammonium for potential yield.

Measurements of aluminum transport in wheat at the cellular level

Kinetics of NH4 influx in spruce

KINETICS OF NO3- INFLUX IN SPRUCE

Compartmentation and flux characteristics of nitrate in spruce

COMPARTMENTATION AND FLUX CHARACTERISTICS OF AMMONIUM IN SPRUCE

COMPARTMENTATION AND FLUX CHARACTERISTICS OF NITRATE IN SPRUCE

Compartmentation and flux characteristics of ammonium in spruce

Displaying the 3 most recent news articles by Herbert Kronzucker.

Talking dirty: The conversation between plants and soil