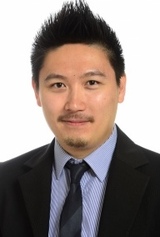 From 2015 to 2017, John was a tenure-track Assistant Professor of Health Economics at Saw Swee Hock School of Public Health at the National University of Singapore.John’s research interests are in the Economics of Prevention, with an emphasis on the link between research evidence and policy. Current interests include the economic burden of multi-morbidity, tobacco control, pay-for-performance and universal health coverage.With colleagues, he has over 40 referred papers in leading public health and medical journals, including Health Affairs, The Lancet, BMJ, CMAJ, Paediatrics, Annals of Family Medicine, Tobacco Control, BMJ Global Health and Preventive Medicine. He has featured in media outlets including the BBC News, Reuters, the Times of India and BBC Radio.John has been a reviewer for public health and global health journals and is Associate Editor for BMC Public Health. He reviews grant and fellowship proposals for international funding agencies.John teaches on the Masters of Public Health program at University of Melbourne. He has supervised numerous PhD, MPH students, and public health trainees.From 2016-2017, he served as President of the International Society for Pharmacoeconomics and Outcomes Research Singapore Chapter. In 2016, he was awarded the Alan Williams Fellowship from the Centre for Health Economics at the University of York. In Melbourne, John served as a coordinator of the University of Melbourne Health Economics Group (UMHEG).Google scholar-https://scholar.google.com.au/citations?user=bV8lmjQAAAAJ&hl=enORCID-https://orcid.org/0000-0002-1551-4923

Patients with more comorbidities have better detection of chronic conditions, but poorer management and control: findings from six middle-income countries.

Modelling The Economic Burden Of Multimorbidity In Brazil And India

Are we getting the treatment of chronic diseases wrong?

Implications of multimorbidity patterns on health care utilisation and quality of life in ..

Protecting the poor? Impact of the national health equity fund on utilization of governmen..

Sociodemographic factors in relation to hypertension prevalence, awareness, treatment and ..

Displaying the most recent project by John Lee.

Modelling The Economic Burden Of Multimorbidity In Brazil And India

Displaying the 42 most recent scholarly works by John Lee.

Patients with more comorbidities have better detection of chronic conditions, but poorer management and control: findings from six middle-income countries.

BACKGROUND: The burden of non-communicable diseases (NCDs) is rising rapidly in middle-income countries (MICs), where NCDs are oft..

Protecting the poor? Impact of the national health equity fund on utilization of government health services in Cambodia, 2006-2013

Sociodemographic factors in relation to hypertension prevalence, awareness, treatment and control in a multi-ethnic Asian population: a cross-sectional study

Impact of the NHS Health Check on inequalities in cardiovascular disease risk: a difference-in-differences matching analysis

Price elasticity of demand of non-cigarette tobacco products: a systematic review and meta-analysis

The impact of user charges on health outcomes in low-income and middle-income countries: a systematic review

Multimorbidity and out-of-pocket expenditure on medicines: a systematic review

Are cardiovascular disease risk assessment and management programmes cost effective? A systematic review of the evidence

The inverse equity hypothesis: Does it apply to coverage of cancer screening in middle-income countries?

Impact of Pay for Performance on Prescribing of Long-Acting Reversible Contraception in Primary Care: An Interrupted Time Series Study

The Relationship between Waterpipe and Cigarette Smoking in Low and Middle Income Countries: Cross-Sectional Analysis of the Global Adult Tobacco Survey

Access to Primary Care and Visits to Emergency Departments in England: A Cross-Sectional, Population-Based Study

Hospital Admissions for Childhood Asthma After Smoke-Free Legislation in England

The Effects of Pay for Performance on Disparities in Stroke, Hypertension, and Coronary Heart Disease Management: Interrupted Time Series Study

Increasing the age for the legal purchase of tobacco in England: impacts on socio-economic disparities in youth smoking

Use of the NHS Choices website for primary care consultations: results from online and general practice surveys.

OBJECTIVES: To determine the effect of using the NHS Choices website on primary care consultations in England and Wales. We examin..

Displaying the most recent news article by John Lee.

Are we getting the treatment of chronic diseases wrong?

The University of Edinburgh