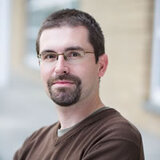 Christoph Sperfeldt is a Senior Research Fellow at the Peter McMullin Centre on Statelessness and the Academic Convenor of the Statelessness Hallmark Research Initiative. He came to the issue of statelessness from a bottom-up perspective, examining the development and peace implications resulting from the marginalisation of minorities and other populations.

Christoph pursues interdisciplinary research interests in areas of human rights and justice, including statelessness and legal identity, international and regional human rights protection regimes, and transitional and international criminal justice (with an emphasis on reparations). He has studied these issues particularly in a context of peacebuilding and development cooperation, with a geographical focus on Southeast Asia.

Christoph holds a PhD from the School of Regulation and Global Governance (RegNet) at the Australian National University. He is a Fellow at the Center for Human Rights and International Justice at Stanford University, and an Adjunct Professor at the Center for the Study of Humanitarian Law at the Royal University of Law and Economics, Phnom Penh, Cambodia. Christoph was a University Fellow at Charles Darwin Unity and has held visiting positions at the Centre of Excellence for International Courts (iCourts) at the University of Copenhagen, the International Victimology Institute (INTERVICT) at Tilburg University, the Leuven Institute of Criminology (LINC) at KU Leuven, the Minerva Center for Human Rights at Hebrew University of Jerusalem, and Stanford University. He has published widely in the field of human rights and transitional justice.

Christoph brings to his role at the Centre more than ten years of experience in working on human rights, statelessness and transitional justice, predominantly in Southeast Asia. He was Deputy Director at the Asian International Justice Initiative, a joint program of the East-West Center and the WSD Handa Center for Human Rights and International Justice at Stanford University, where he supported human rights and rule of law capacity development in Southeast Asia. Prior to this, Christoph was Senior Advisor with the German development agency (GIZ) in Cambodia. In this capacity, he advised the Cambodian Human Rights Action Committee and the Victims Support Section at the Extraordinary Chambers in the Courts of Cambodia (ECCC). Christoph has also worked as a consultant on numerous human rights-related projects.

Minorities and Statelessness: Social Exclusion and Citizenship in Cambodia

Legal Identity As A Sustainable Development Goal: A Critical Examination

A crisis of citizenship in India is risking mass statelessness

The Evolution of Cambodian Civil Society's Involvement with Victim Participation at the Kh..

Research On Challenges Related To Access To Citizenship And Documentation Faced By Certain..

Displaying the 2 most recent projects by Christoph Sperfeldt.

Legal Identity As A Sustainable Development Goal: A Critical Examination

Displaying the 29 most recent scholarly works by Christoph Sperfeldt.

Minorities and Statelessness: Social Exclusion and Citizenship in Cambodia

More than 75 per cent of the world’s known stateless belong to minorities. Building upon ethnographic research conducted between 2..

In the scholarly literature on the role of civil society in transitional justice processes there seems to be broad agreement that ..

"The Frontline Troops of Human Rights": Fifteen Years of UN Human Rights Presence through Special Representatives of the Secretary-General for Human Rights in Cambodia (1993-2008)

Reparations for Victims of Mass Atrocities: Taking the Views of Victims into Account

Reparations have become one of the most important conceptual formulation of a more victim-oriented way of doing justice in the aft..

A day of judgement is fast approaching for two now-elderly central figures in the Khmer Rouge regime of the 1970s. But part of the..

This edited volume consists of chapters that have previously been published as individual Asian country reports by the GLOBALCIT O..

Achievements and Legacies of the Khmer Rouge Trials: Reflections from Inside the Tribunal

This article is an edited transcript of a panel discussion that was held in Melbourne in December 2017. The panel comprised four s..

Cambodia inherited the nation-state idea from colonial times and has since struggled to adapt it to the realities of a culturally ..

The Trial against Hissène Habré: Networked Justice and Reparations at the Extraordinary African Chambers

The establishment of the Extraordinary African Chambers to try former Chadian President Hissène Habré has been hailed as a novel f..

This article examines the negotiations that led to the incorporation of reparations provisions into the legal framework of the Int..

Voices for Reconciliation: Assessing Media Outreach and Survivor Engagement for Case 002 at the Khmer Rouge Trials

A Boat Without Anchors: Cambodia's Vietnamese Minority Still Looking for its Place in Society

Yang Oun can no longer remember when his ancestors arrived from Vietnam to Cambodia. All he knows is that his parents and grandpar..

When the World Justice Project published its rule of law index last year, Cambodia came in at 99 out of 102 countries surveyed, ah..

The Rule of Law in ASEAN: Implications of Regional Integration for Judicial Collaboration and Training

The Association of Southeast Asian Nations (ASEAN) is currently undergoing a process of political and economic integration unprece..

© 2016 East-West Center. Nearly 15 years after entry into force, the UN Rome Statute of the International Criminal Court has 124 s..

Shaped by the West, it is now playing its part in shaping the West.The third volume in the RIPAR series on “Societies in Transitio..

The Trials and Travails of Universal Jurisdiction: The FDLR Trial in Germany

On 28 September 2015, a four-year landmark universal jurisdiction trial came to an end: The Higher Regional Court in Stuttgart, Ge..

Not Nudging, Embracing: The ASEAN Human Rights Declaration as a Catalyst for Reinforcing A Rights-Based Approach to Constitutionalism

This publication presents and discusses the initiatives and actions in the field of rule of law and constitution building by regio..

Increasingly, individuals who have perpetrated mass atrocities are being held to account in criminal tribunals. Whether these are ..

From Cold War to Human Security: The Final Report of the Commission of Inquiry on Human Rights in the Democratic People's Republic of Korea

On 17 February 2014, the Commission of Inquiry (COI) on Human Rights in the Democratic People’s Republic of Korea (DPRK) presented..

Victim Participation and Minorities in Internationalised Criminal Trials: Ethnic Vietnamese Civil Parties at the Extraordinary Chambers in the Courts of Cambodia

In 2010, the Co-Investigating Judges of the Extraordinary Chambers in the Courts of Cambodia (ECCC) charged four senior leaders of..

© t.m.c. Asser press, The Hague, The Netherlands, and the authors 2013. One of the most interesting features of the ECCC is that i..

From the Margins of Internationalized Criminal Justice: Lessons Learned at the Extraordinary Chambers in the Courts of Cambodia

The Extraordinary Chambers in the Courts of Cambodia (ECCC) is the second internationalized criminal justice process in southeast ..

Between Ballot Papers and Birth Certificates: Cambodia's Vietnamese Minority still Looking for its Place in Society

Cambodia’s national parliamentary election in July 2013 saw much debate about the place of the country’s ethnic Vietnamese minorit..

A Boat Without Anchors: A Report on the Legal Status of Ethnic Vietnamese Minority Populations in Cambodia under Domestic and International Laws Governing Nationality and Statelessness

The creation of the Extraordinary Chambers in the Courts of Cambodia (ECCC), often referred to as the Khmer Rouge Tribunal, has gi..

Against the backdrop of ongoing intense debate in Cambodia about economic land concessions (ELCs) this paper aims to capture the s..

Collective Reparations at the Extraordinary Chambers in the Courts of Cambodia

One of the most distinct features of the Extraordinary Chambers in the Courts of Cambodia (ECCC) is that it combines an extensive ..

Engaging Communities, Easing the Pain: Outreach and Psychosocial Interventions in the Context of the Khmer Rouge Tribunal

Displaying the 2 most recent news articles by Christoph Sperfeldt.

A crisis of citizenship in India is risking mass statelessness