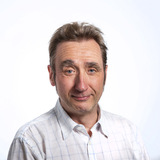 Dr Karl Andriessen is a NHMRC Early Career Fellow at the Centre for Mental Health, in the Melbourne School of Population and Global Health, a Conjoint Senior Lecturer at the UNSW School of Psychiatry, Sydney, and a Research Fellow at the Faculty of Psychology and Educational Sciences, KU Leuven-University of Leuven, Belgium. He is a well-known researcher in the field of suicide bereavement and prevention, and worked in Australia, Belgium, and internationally.

His involvement is rooted in clinical practice, starting 30 years ago as a Social Worker in youth and family counselling, and telephone crisis lines, followed by leading positions in suicide prevention, bereavement, helplines, community mental health centres, and policy development.Karl holds a Master in Suicidology (Griffith University, 2006), and a PhD (2018) from the School of Psychiatry, UNSW, Sydney. He is the recipient of several (inter-)national awards, and served as Chair of the IASP Special Interest Group on Suicide Bereavement (2002-2015). He is an advisor to several projects in the field of mental health, suicide prevention and bereavement, and is the principal editor of “Postvention in action”, the world first “International handbook of suicide bereavement support” (Hogrefe, 2017).

Suicide and spirituality: a multicenter study of Austrian and Italian psychiatric patients and students

Bereaved Adolescents: What Help Do They Wish To Receive?

Suicide and neuroticism: a multicenter study

Development Of An Intervention For Bereaved Adolescents To Facilitate The Grief Process An..

Grief After Euthanasia and Physician-Assisted Suicide.

Displaying the 3 most recent projects by Karl Andriessen.

Bereaved Adolescents: What Help Do They Wish To Receive?

Displaying the 68 most recent scholarly works by Karl Andriessen.

In this commentary, we highlight the availability of two newly developed instruments that measure grief in adolescents. We present..

Grief After Euthanasia and Physician-Assisted Suicide.

Background: Several countries have regulated euthanasia and physician-assisted suicide (PAS). Research has looked at the experienc..

Suicide and Personality Traits: A Multicenter Study of Austrian and Italian Psychiatric Patients and Students

Influence of Spiritual Dimensions on Suicide Risk: The Role of Regional Differences

The field of suicide prevention has been enriched by research on the association between spirituality and suicide. Many authors ha..

Researchers and research ethics committees share a common goal of conducting ethically sound research. However, little is known of..

The Portrayal of Suicidal Behavior in Police Television Series

Suicide and spirituality: a multicenter study of Austrian and Italian psychiatric patients and students

Dealing with Ethical Concerns in Suicide Research: A Survey of Australian Researchers

Suicide and neuroticism: a multicenter study

Effectiveness of interventions for people bereaved through suicide: a systematic review of controlled studies of grief, psychosocial and suicide-related outcomes

Background: Suicide bereavement can have a lasting and devastating psychosocial impact on the bereaved individuals and communities..

The adolescent grief inventory: Development of a novel grief measurement.

Suicide on the Railways in Belgium: A Typology of Locations and Potential for Prevention

Harmful or Helpful? A Systematic Review of How Those Bereaved Through Suicide Experience Research Participation

A Systematic Mapping of Suicide Bereavement and Postvention Research and a Proposed Strategic Research Agenda.

BACKGROUND: Suicide may have disruptive and/or devastating effects on family, friends, and the broader community. Of late, increas..

Depression, Hopelessness, and Complicated Grief in Survivors of Suicide.

Suicide often has a severe impact on the surviving family and friends. There is a need to better understand the psychological and ..

"Don't bother about me." The grief and mental health of bereaved adolescents

A Mapping Study on the Internet and Suicide

Geographic distribution of suicide and railway suicide in Belgium, 2008-2013: a principal component analysis

Prevalence of exposure to suicide: A meta-analysis of population-based studies.

Those exposed to suicide are at increased risk of adverse outcomes including mental illness, impaired social functioning, and fata..

Current Postvention Research and Priorities for the Future.

BACKGROUND: Suicide can have a lasting impact on the social life as well as the physical and mental health of the bereaved. Target..

Postvention in action: The international handbook of suicide bereavement support.

Surviving the Legacy of Suicide

Despite increasing clinical and research interest in suicide bereavement the impact of suicide on adolescents is still poorly unde..

INTRODUCTION: Suicide is a multidimensional problem. Observations of family history of suicide suggest the existence of a genetic ..

Predictors of Article Impact in Suicidology: The Bereavement Literature, A Research Note

Online Memorialization and Grief After Suicide: An Analysis of Suicide Memorials on the Internet.

Although several studies have looked at the phenomenon of online memorialization, online involvement of those bereaved by suicide ..

Characteristics of suicide hotspots on the Belgian railway network

Suicide bereavement and postvention in major suicidology journals: lessons learned for the future of postvention.

BACKGROUND: Since the seminal publications of Shneidman (1969) and Cain (1972), suicide bereavement and postvention have attracted..

The “Inevitable Suicide Paradigm” and the notion of “Lasting and unbearable mental suffering which cannot be alleviated” under the Belgian Euthanasia Act (2002).

On the nature of postvention

Media awards for responsible reporting of suicide: Experiences from Australia, Belgium and Denmark

A Media Award for the responsible media portrayal of suicide in Flanders-Belgium: rationale and qualitative evaluation.

On-Line Support and Resources for People Bereaved through Suicide: What Is Available?

Health and community professionals have considerable exposure to suicidal people and need to be well skilled to deal with them. We..

Can Sports Events Affect Suicidal Behavior? A Review of the Literature and Implications for Prevention

Can postvention be prevention?

BACKGROUND: There has been recent interest in postvention activities which involve provision of support to family members and othe..

The goals of the Postvention Taskforce of the International Association for Suicide Prevention (IASP) are to increase awareness of..

On the Werther effect: a reply to Krysinska and Lester.

On "intention" in the definition of suicide.

The need for a comprehensive nomenclature in suicidology is now well recognized. In this paper the focus is on the issue of intent..

Do we need to be cautious in evaluating suicide statistics?

A reflection on "suicide survivor".

A Media Award for responsible portrayal of suicide and survivors.

What helps and what hinders the process of surviving the suicide of somebody close?

This paper presents similar findings about the lack of support and understanding for people bereaved through suicide from four dif..

This paper is the first report on a national program for increasing bereavement support for suicide survivors in the Flemish regio..

The Suicide Prevention Policy of a Mental Health Centre

Implementation of a local project for suicide prevention in adolescents

Australian Centre for Grief and Bereavement

Including Special Interest Group (Sig) On Suicide Bereavement And Postvention, And Sig On Media And Suicide