Effects of genetic and diet-induced obesity on lipid metabolism

C57BL/6J obese (ob/ob) and lean mice fed ad libitum on a normal mouse chow diet (Normal), were compared with lean mice of the same age and strain fed ad libitum on a high-fat diet, consisting of the Normal diet with the addition of beef lard (Lard), from age 3 months for 34 days. The lard-fed mice were seen to have significantly higher (P<0.05) body weight in this 34-day period than that of the other two groups fed on the Normal diet. Epididymal fat depot and adipocyte cell size were significantly larger (P<0.05) in the Lard-fed lean mice and in the obese (ob/ob) mice than were those of the Normal-fed lean mice. Dietary Lard intake did not significantly affect concentrations of plasma trigly.. 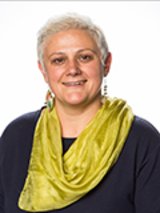