Twice each year the World Health Organization makes a recommendation for the composition of the influenza vaccine, based on circulating strains of influenza A(H3N2), A(H1N1) and B. Strain selection has always been based on immunogenicity studies with limited human data. Immunogenicity can be considered as a proxy for vaccine effectiveness (VE). However, only interim VE estimates for the target hemisphere can be considered in time for the strain selection meeting.Using surveillance data from Victoria, Australia, we retrospectively estimated and compared interim and final VE estimates for 2007 to 2012. In general, interim estimates were within five percentage points of final estimates. However.. 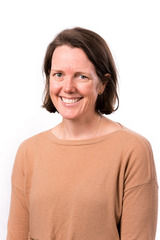