© Springer International Publishing Switzerland 2016. The attached eddy hypothesis of Townsend [16] is the basis of a model of the logarithmic region in wall-bounded turbulent flows, in which the inertially dominated part of the flow is described by a hierarchy of self-similar eddying motions that extend to the wall. The hypothesis has gained considerable support from high Reynolds number experiments and recently from DNS Sillero et al., Phys. Fluids 25:105102, 2013, [14]. Meneveau and Marusic, J. Fluid Mech., 719:R1, 2013, [9] also recently used the attached eddy hypothesis, together with the central limit theorem, to deduce that all even-ordered moments of the streamwise velocity will exhi.. 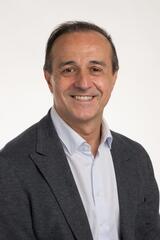