From business to politics: Cross-border inter-firm networks and policy spillovers in the EU's eastern neighbourhood

The European Union (EU) encourages cross-border inter-firm networks as a part of its external governance approach. What is the effect of these networks? Do they lead to regulatory convergence around EU standards in the eastern neighbourhood? Using original survey data, as well as data on regional enterprise-related regulations, this article argues that the density of interaction among private actors and between private actors and regional governments in such networks create conditions for private actors to lobby for regulatory change, resulting in approximations to EU standards. By testing the transnational mechanisms of policy change, the article points to the possibility of integration, ev.. 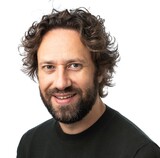