The article discusses the results of surface surveys conducted in March 2014 around the Roman settlements of Forum Appii and Ad Medias (Lazio, Central Italy) within the framework of the Minor Centres Project. This project, constituting the most recent phase of GIA’s longrunning Pontine Region Project, aims to study the function and chronology of several Roman road stations in the area and to study the connection between these stations and their hinterland. During the campaign of March 2014, the focus was on the hinterland of Forum Appii and Ad Medias, both Roman road stations along the via Appia in the lower part of the Pontine Plain. Seven new sites were discovered, which adds more evidence.. 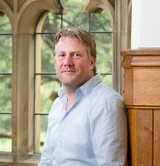