This study identifies, analyses and compares media content produced by Russian and Chinese TV channels surrounding the events of the fifth BRICS summit in Durban, South Africa, in 2013. The study utilizes a comparative frame analysis to deconstruct and explain media messages communicated by Russian and Chinese media representing national identities of the countries through the BRICS summit diplomacy. The study discusses important questions with regard to the cultural, political and economic contexts that shape the perceptions of the roles and ambitions of Russia and China on the world stage. The major findings clearly demonstrate that Russian and Chinese media adopted different rhetorical fr.. 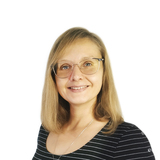