Methylphenidate for ADHD in children and adolescents: throwing the baby out with the bathwater 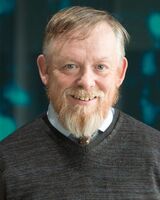 TB served in an advisory or consultancy role for Actelion, Hexal Pharma, Lilly, Medice, Novartis, Oxford outcomes, Otsuka, PCM scientific, Shire and Viforpharma. He received conference support or speaker's fee from Medice, Novartis and Shire. He is/ has been involved in clinical trials conducted by Shire and Viforpharma. He received royalties from Hogrefe, Kohlhammer, CIP Medien and Oxford University Press. JB has, in the past 3 years, been a consultant to/member of the advisory board of/and/or speaker for Janssen Cilag BV, Eli-Lilly, Lundbeck, Shire, Roche, Medice, Novartis and Servier. He has received research support from Roche and Vifor. He is not an employee nor stock shareholder of any of these companies. He has no other financial or material support, including expert testimony, patents, royalties. DC reports grants and personal fees from Shire, personal fees from Eli-Lilly, grants from Vifor, personal fees from Novartis and personal fees from Oxford University Press. SC: Since January 2016 onwards, SC has received reimbursement for travel and accommodation expenses from the Association for Child and Adolescent Central Health (ACAMH), a non-profit organisation, in relation to lectures that he delivered for ACAMH. He declares the absence of any financial conflicts of interest. ICKW receives grants from the European Union FP7 programme during the conduct of the study; grants from Shire, grants from Janssen-Cilag, grants from Eli-Lilly and grants from Pfizer, outside the submitted work; he ICKW is a member of the National Institute for Health and Clinical Excellence (NICE) ADHD Guideline Group and acted as an advisor to Shire.