‘I Am Responsible’: Histories of the Intersection of the Guardianship of Unaccompanied Child Refugees and the Australian Border

In Australia in 1946, the Immigration (Guardianship of Children) Act was passed. This Act was intended to support the postwar migration to Australia of British children, unaccompanied by their parents, and to provide them with a guardian in Australia—the Immigration Minister. Despite subsequent amendments, this key provision continues. Children who attempt to migrate to Australia unaccompanied by adult family members are subject to the minister’s guardianship. In 1948 Arthur Calwell, the then Minister for Immigration, described himself in parliament as the ‘father’ of such children. This article focuses on the period from the 1970s to explore what this notion of fatherhood entails. What can.. 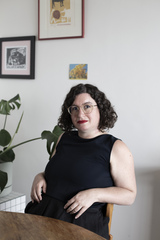 Child Refugees And Australian Internationalism: 1920 To The Present

This project aims to generate new and powerful understandings of the impact and experiences of child refugees in Australia throughout the tw..