Ownership, Individual Effort and the Organization of Labour among Kubo Sago Producers of Papua New Guinea

At a remote Kubo community, in the interior lowlands of Papua New Guinea, access to sago palms was influenced by rights to the land on which the palms grew and kinship was the primary determinant of the composition of sago-processing work groups. An outcome of these patterns was that women with stronger connections to local land produced more sago flour than did other resident women. It is suggested that, among Kubo, a failure to generalise the usufruct arose because residents who were not owners of local land did not routinely ask for access to palms despite the fact that their requests would have been granted. These residents, however, shared equally in the flour produced by owners and, in.. 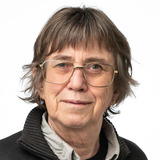