The Nursery Years of 'Judicial Activism': From a Historian's Shorthand to Media Catchphrase 1947-1962

The debate over ‘judicial activism’ has ﬂourished in recent decades, but the term was in fact coined 70 years ago, by the historian Arthur Schlesinger, Jr. The legal academy has bemoaned the term as perpetually ill-deﬁned, but can this be attributed to its equivocal beginnings on the pages of Fortune magazine? This chapter investigates the circumstances in which the term was produced and the early meanings given to it in scholarly work. It is argued that there was very little effort on the part of legal academics and political scientists to gather a consensus as to deﬁnition, or otherwise to treat the terminology with caution, before the term was wrested from the university cloisters and cap.. 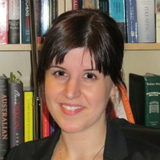