An Architecture for the Mind: OZ Magazine and the Technologies of the Counterculture

This paper revisits the creative work of the Australian magazine OZ and its founding editors Martin Sharp (1942 – 2013) and Richard Neville (1941 – 2016). Established in Sydney on April Fool's Day in 1963 as a satirical magazine, the editors migrated to London in 1967, where the U.K. version of OZ garnered its status as the underground field guide for enlightened hippies. This paper claims that the visual and rhetorical editorial strategy of OZ, coupled with the technologies employed in its making, transformed the medium of the magazine to be more than simply a cipher for hippie life. In fact, it became a platform for immersive, multi-media experiences. 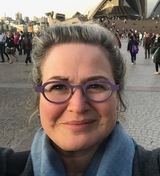