In two recent papers Storper and Scott have sought to counter the rise of assemblage thinking in urban studies, suggesting it is indeterminate, jargon-ridden and particularist – that it lacks a critique of power. Against such approaches they propose the ‘nature of cities’ as an ‘urban land nexus’ driven by the economics of agglomeration. In this paper we respond, largely agreeing on jargon yet arguing that assemblage is a form of critical urban thinking that holds potential for a general but open theory of urbanity. We also suggest that many parts of Scott and Storper’s own work are entirely compatible with assemblage thinking, including concepts such as urban ‘bundling’ and ‘buzz’. Agglomer.. 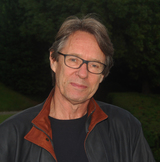