Translation Studies developed on both sides of the Cold War with a remarkable lack of comparative perspectives, often as two separate hubs. Soviet thinking about translation was nevertheless influenced by Western theories in the mid 1970s, generally coinciding with renewed promises from machine translation and a thaw in Cold War relations. The Soviet discourse of “exactitude” and “adequacy” was thus put into contact with a recent Western discourse based on “transformation” and “equivalence”. Evidence of this can be seen in the history of the term “equivalence”, which prior to the 1970s broadly implied one-to-one correspondence, and yet after the 1970s was more generally understood as the tex.. 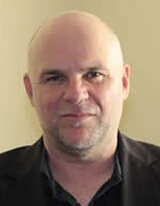