The Origins and Foundations of Music Education | Bloomsbury Academic | Published : 2017

Unlike the situation in European cultures, community-based systems of education have developed over millennia in African indigenous populations to prepare children for their role as adult members in their tribal communities. In most African cultures, such a system of education has utilized ‘musical arts’ – singing, drumming, dancing and other forms of music – as the principal means through which both ‘rites of passage’ and more general life skills have been provided. Indeed, the role of music in indigenous African life, particularly within the South African context, has been an integral component of ubuntu. This is the notion based on the Zulu maxim umuntu ngumuntu ngabantu (‘a person is onl.. 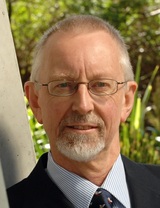