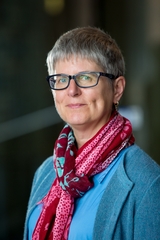 This publication is based on data (patient-related) collected in the framework of the 2010 Australian National Survey of High Impact Psychosis. The members of the Survey of High Impact Psychosis Study Group are: V. Morgan (National Project Director), A. Jablensky (Chief Scientific Advisor), A. Waterreus (National Project Co-ordinator), R. Bush, V. Carr, D. Castle, M. Cohen, C. Galletly, C. Harvey, B. Hocking, A. Mackinnon, P. McGorry, J. McGrath, A. Neil, S. Saw, H. Stain. Ethics approvals for the SHIP study were obtained from relevant institutional human research ethics committees. The SHIP study was funded by the Australian Government Department of Health and Ageing. This report acknowledges all the effort and hard work by the local site co-ordinators. We thank mental health professionals who participated in the preparation and conduct of the survey and the many Australians with psychotic disorders and their caregivers who gave their time and whose responses form the basis of this publication.