This article is a study of the nexus between voice, technology and vocal enunciation in the work of AGF (aka Antye Greie-Ripatti), an electronic musician, producer, composer and singer based in Hailuoto, Finland. It offers a definition of AGF’s ‘poemproducing’, a technique, practice and poetic that radically challenges the centrality of ‘human’ and embodied voice in enunciation and instead thinks voice as immediately entangled in the complex web of a natural/cultural/linguistic/technological apparatus. Starting from this definition, the article discusses the aesthetic and political consequences of this approach, focussing on its most radical example, the album Source Voice (2013), read throu.. 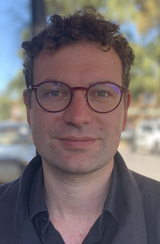