Dr Donna Coleman, pianist, in concert of works by J.S. Bach, Ludwig van Beethoven, and Charles Ives. Ludwig van Beethoven was a product of his time and place, the period of The Enlightenment in Germany where he was deeply inspired by the philosophical discourse of Friedrich Schiller. Likewise, Charles Edward Ives, a century later, translated the meaning he found in the work of Transcendentalist author and philosopher Bronson Alcott and of Bronson's daughter Louisa May, into his musical expressions. Beethoven’s music was revered by the Transcendentalists, and the opening motive of his Symphony No. 5, the famous “Fate Knocking Motive,” which permeates many of his other opera, was an erstwhile.. 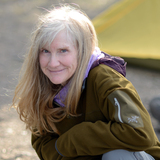