Civil Death in the Dominion of Freedom: Liberia and the Logic of Capital

This paper is concerned with how a particular logic informed the articulation of ‘Liberia’ from its conception as an idea of liberty at the beginning of the nineteenth century to its consolidation as a nation-state in the twentieth. The paper begins with an examination of the logic itself, through a reading of John Austin’s lecture on ‘things’. This reveals a logic operating through a legal framework that can render an object entirely fungible. The logic, I argue, is the logic of capital. The paper then turns to the making of Liberia to show how this logic was super-imposed over lands and peoples in west Africa through a process of colonisation, which, since the Roman colōnia, has involved b.. 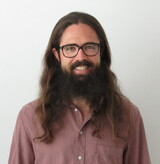