Australia, China and the Coexistence of Successive International Investment Agreements

The Bilateral Investment treaty (BIT) between Australia and China was signed on 11 July 1988 and entered into force on the same day. Twenty-seven years later, the parties signed a free trade agreement including an investment chapter (Chapter 9) on 17 June 2015. That Agreement (ChAFTA) entered into force on 20 December 2015. Together, these two Treaties form the international legal framework for investment between China and Australia. 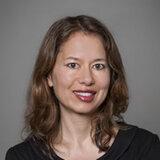 This project critically evaluates Australia’s free trade agreements and bilateral investment treaties in the light of recent national and in..