During the short war (2 April – 14 June 1982) between Argentina and the United Kingdom over the islands known as Malvinas by the former and the Falklands by the latter, Argentine rock music was given its best opportunity to flourish. The military dictatorship (1976–1983) that was ruling the country decided to ban all songs in English – after all, it was the language of “the enemy.” Consequently, on many radio and TV stations there was an empty space that had previously broadcast rock and now needed to be filled with the same genre so as not to lose its audience. Furthermore, the regime decided to seek the support of the youth – who had been their target since the start of the dictatorship – .. 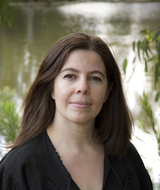