Beyond the Western Masses: Demography and Pakistani Media Credibility Perceptions

Based on a random survey sample, this study examines audience assessments of different media platforms in Pakistan. We found that in the complex Pakistani media landscape, ethnicity is a key indicator in predicting media credibility. Our study’s results indicate that minority ethnic groups tend to find domestic television to be less credible, and international television or traditional media to be more credible, than do members of the majority Punjabi group. Media reliance was found to be a significant indicator of media credibility assessment—particularly regarding media such as international television and the Internet—as media reliance hinges on the availability of a media infrastructure,.. 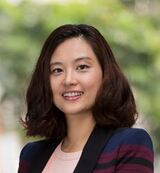