Not just a migration problem: Metapopulations, habitat shifts, and gene flow are also important for fishway science and management

Worldwide, fishways are increasingly criticized for failing to meet conservation goals. We argue that this is largely due to the dominance of diadromous species of the Northern Hemisphere (e.g., Salmonidae) in the research that underpins the concepts and methods of fishway science and management. With highly diverse life histories, swimming abilities and spatial ecologies, most freshwater fish species do not conform to the stereotype imposed by this framework. This is leading to a global proliferation of fishways that are often unsuitable for native species. The vast majority of fish populations do not undertake extensive migrations between clearly separated critical habitats, yet the moveme.. 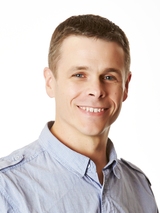