Abstract Given its apparently scholarly form, the Genealogy of Morals is often read as a succinct, relatively systematic, and canonical exposition of Nietzsche’s mature views on morality. This article argues, however, that the work was intended as a parody of a scholarly treatise and examines how this parody is best understood. It begins by surveying some evidence that supports reading the Genealogy as a ‘textbook’ presentation of Nietzsche’s views. It then develops an exegetic case for reading it as a work of parody, based on the third essay’s claims about the ‘self-cancellation’ of truth-directed discourse and how to oppose the ascetic ideal, along with the Genealogy’s internal organiz.. 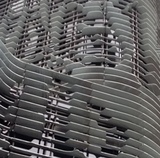