This paper contributes to the New World living standard leadership debate by comparing the Australian experience during 1820s–1870s with the USA, Latin America, and the UK. Using novel living costs data, we compute two estimates of income leadership: welfare ratios and purchasing–power–parity-adjusted GDP per capita. Australia started considerably below the UK and the USA but by the 1870s, it had overtaken the former and had almost done so for the latter, due to relatively rapid labour productivity growth and a steep decline in living costs. Still, in the 1870s Australia was not the world income leader, but a close second. 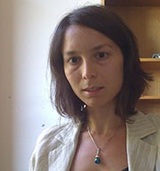