Analyses of the Sri Lankan civil war (1983–2009) overwhelmingly represent it as an ethnonationalist contest, prolonging postcolonial arguments on the creation and dissolution of the incipient nation-state since independence in 1948. While colonial divide-and-rule policies, the rise of ethnonationalist lobbies, structural discrimination and majoritarian democracy have been established as grounds for inter-ethnic hostility, there are other significant transformative forces that remain largely unacknowledged in postcolonial analyses. This ambitious multiscalar spatial study of civil war in Sri Lanka offers an intersectional, de-ethnicised analysis of political sovereignty drawn out by the stru.. 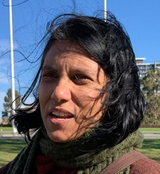